Everyone can agree that technology is moving at a supersonic pace. Every day new products and software are making their way into the hands of consumers. With this speed, it is only natural that companies cannot produce a bug-free product.

There are skilled engineers in companies who are in charge of testing the software or products before sending them to the masses. But not every bug is squashed by them. This bug-riddled software that ends up in the hands of people will create a domino effect.

The customers will be less than impressed, the reputation of the company will take a hit. The manual testing of software will also eat up a lot of time and also results in delayed delivery.

To eliminate the shortcomings of manual testing, Test Automation comes to save the day. The functionality of test automation is pretty self-explanatory. It automates the testing process which has a boatload of added advantages.

This process is taking place with a set of tools that mimics a manual testing process, but only faster, more consistent every time, and more accurate. Automation testing is more beginner-friendly and it’s possible to learn the process more quickly than manual testing. There are countless automation testing guides online which can show the ropes for a beginner to be proficient in using them.

How They Help in Software Development

Software development is the process by which standalone software is created through a series of coding. A lot of process goes into for software to be developed and fully functional. This cycle is collectively called Systems Development Life Cycle (SDLC).

Usually, the software is developed to aid businesses and companies to make life easier for them. But, software developers are also humans and they make mistakes. This will complicate things and make their lives tough.

Usually, after the software is developed by undergoing all the steps, they must pass the testing phase so that it is ready for the customers. The testing process was predominantly done by manual old-school methods.

It is at this testing stage that engineers can check the software they developed for bugs and its usability. Manual testing was done for a long time and it was fine then. But now with the developments in technology, manual testing just won’t cut it.

The Benefits of Using Test Automation

The Disadvantages of Manual Testing

This is where test automation swoops in to save the day and everyone’s a winner. The company can cut down its cost. The engineers have their work cut in half. There are significant advantages while using test automation to examine the software you have just developed.

Just because an automation testing process is in place does not mean you will get the maximum result or in this case a bug-free software. The importance of choosing the right tool cannot be stressed enough. Certain tools in the market can do their job with a minimum of fuss.

This is the first free-to-use automation tool that is cloud-based and powered by their community. Don’t let the word “free” throw you off. This tool has a lot of tricks up its sleeve. It has neat integrations such as  Selenium and Appium to collaborate with others and also makes sure that everything happens within the instant. The cherry on top is the built-in recording software.

This automation tool has the best of two worlds. For starters, this is a beginner-friendly tool with no coding interface to discourage budding test automation engineers. But under the hood, this tool is loaded with a full IDE for C# or VB.NET, and open APIs.

Before a software makes its way to the mainstream, it is always bound to be tested multiple times. But still, the output is plagued with bugs and causes customer dissatisfaction. This is why test automation is the best friend of any tester because they are just too effective to be ignored. 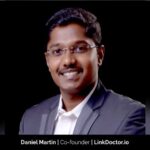 Daniel Martin Author
Dani started his career in an aviation company and worked his way up the ranks into positions of leadership, where he feels most at home. Now, he’s building winning SEO teams that are able to solve complex problems with simple, effective solutions.