The Utility of Artificial Intelligence knows no bounds

Artificial intelligence or AIis the talk of the town and it has taken the field of technology by storm. It is also known asMachine Intelligence because it is used by machines only.Since machines do not come with brains, some intelligence has to be imparted to them so they can work in a better way and become of more use to human beings. On the contrary, human beings and animals use natural intelligence.

What does artificial Intelligence do?

Artificial Intelligence holds a magic in itself as it empowers the machines with the skills of thinking and learning. It also enables machines to take decisions based on this learning and information. Owing to its multidimensional usage, it has found its way in many fields and is assisting human beings in completion of their everyday tasks superbly.

The automobile industry cuts a fair share in reaping the benefits of artificial intelligence. Even though the concept of the usage of AI in automobiles is decades old but proper working on it started quite recently.Initially it was rooted for driverless cars only, but later on, it was realized that AI could also help to improve the driving experience of human drivers too. Many world-class auto manufacturers have started using AI in their vehicles.

Let us take a look at how AI is aiding and influencing the automobile industry and how it is assisting the human beings.

#1 Now cars can drive themselves

To create driverless cars has been a dream of many since the 70s but by the turn of 21st century, there was a sudden increase in the attempts of creating autonomous cars. Many tech giants like Apple and Google are working on their autonomous cars projects in collaboration with automotive manufacturers and their struggles are now coming to fruition. In addition to Uber and Tesla cars, Apple’s autonomous car and Google’s Waymo are a few examples of driverless cars that have achieved commercial reality.

Driverless cars are a marvel of artificial intelligence as they are capable to self-drive on the roads. In spite of the fact that not many of them are in use except trial cars, it is anticipated that in next few years, fleets of driverless cars are going to be introduced in the market.

AI has also influenced how car engines work and brought about a revolution in terms of fuel economy. In automobiles, there is an AI-enabled start-stop system, which automatically shuts down the engine when there is no acceleration and restarts it when needed. This feature significantly reduces the amount of time the engine spends being idle, thus reducing fuel consumption and emissions and improving fuel economy.

Moreover, AI facilitates the vehicle to receive input from its surroundings and to decide an action based on the input and deliver output to its environment. All that happens after an internal process of reasoning based on common sense. It is then followed by problem resolution and signal interpretation. Consequently, the system builds a response, which is very effective in its environment.

#3 The Internet of Things

Another outcome of artificial intelligence in automobiles is the Internet of Things, shortly referred to as (IoT). It is the connectivity of vehicles, home appliances and other smaller items with the internet. This connectivity acts as a bridge to exchange data with cloud services and create opportunities for more interaction of physical world with the cyber world.

For example, Nauto is a technology developer and it has established agreements with automobile manufacturers in order to develop AI-based products. Using AI technology Nauto has developed a cloud-based network that can track driver attentiveness, errors, and dangerous driving behaviours.

Last but not the least; AI has raised the bar of safety measures to new standards. Even though safety has more to do with natural intelligence than AI, but human beings are prone to errors and when they become careless while driving, AI comes into action. Newly built systems are being installed in vehicles, which can anticipate the driver’s actions with a very high accuracy. These systems can predict if the driver is sleepy and slows down the car soon as it realizes that the driver is dozing.

In addition to that, sensors are installed on the steering rim and in the seat belts that keep in check the medical stats of the driver. If they detect any medical emergency, the car comes to a halt and an emergency call is made for the medical facility automatically.

It is quite evident from the discussion above that artificial intelligence has revolutionized automobiles and is going to define its future. It has fairly lessened the burden off the shoulders of human beings. It is only a matter of time until we see autonomous cars running through the busy traffic proficiently. 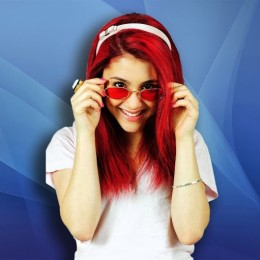