The Cupertino Company Apple has introduced the latest version of iOS as iOS 12 in the most recent WWDC 2018 event, held between June 4 to June 8 in San Jose Convention Center. Most of the iOS app developers were of the opinion that the upcoming version would focus more on performance and less on new features. But, the company has succeeded in maintaining a subtle balance between both features and performance in iOS 12.

The top iOS app development companies in the USA, India, and other countries tend to stay updated with the features of every newer version of iOS. Here we describe a few noteworthy features of iOS 12 from developers perspective.

As mentioned by Craig Federighi, Software VP of Apple Inc., the company is ‘doubling down’ on performance in iOS 12. With faster operations, devices that support iOS 12 will speed things up for the users. For instance, iOS 12 can launch apps 40 percent faster and open camera 70 percent faster than its predecessors. Prolonged battery life and optimal performance of both iPhones and iPads even under the heavy load are a few of the benefits of the latest version.

For users who are obsessed with the iPhones or iPads, Apple has introduced Screen Time feature. The feature will show the duration of using various apps. It can also break down the usage by various categories while tracking the apps that send many notifications. Users can also get a weekly summary of their usage behavior. What is more interesting is the facility to set time limits for each app. Users can get a ‘time’s up’ message when the limit for a particular app is over.

The iOS 12 supports grouped notifications, which means that users can get multiple notifications at once, and either interact or dismiss them. What’s more, the new facility of “Quiet” notifications allows users to select the apps, which can send notifications with vibration. The good thing is such ‘quiet’ notifications do not disturb users in any way while remaining in the Notification Center. In other words, the new iOS version comes with improved Do Not Disturb settings that can prevent messages from appearing on the display as per the user’s wish.

Search suggestions with “For You” tab would make Photos app richer. Users can now combine multiple search terms to get the right photos. The “For You” tab offers customization options for the images. Sharing suggestions feature is also a part of a new Photos app. It enables users to share their pics and videos back on receiving photos from friends. We can see improved Photos app as an attempt to cope with Google Photos.

FaceTime has gained ground since its launch in 2013. Now it gets an awesome feature called Group FaceTime. As many as 32 people can join a video chat at once thanks to this feature. The company has taken a smart move by integrating a technique through which the video window gets bigger as a person starts a conversation. Participants can join the group at any time either by video or audio option. Participation is also possible through FaceTime audio option of Apple Watch. Animoji and Memojis are also present to make the conversation more pleasant and livelier.

Memoji is an advancement of personalized avatars. Users can readily create the characters with an identical appearance. Skin color, hairstyle, and facial features are customizable. But here is a catch: Users can receive Memojis on any supported devices, but only the latest iPhone X users can create Memojis. Users can send them through messages or show them in a group FaceTime. The company has put a lot of efforts in developing Memojis. Simply put, Memoji is an extension of Animojis.

Siri gets improvements for working in more efficient and speedier way than ever. Now, it can suggest an action at the right time- be it a coffee order or a workout, users can get real-time notifications. Shortcuts app also boosts the performance and enhances the capability of carrying out popular actions.

That’s not all! Apple has also introduced Measure app to tap the AR capabilities more precisely. Also, a new Shortcuts app is coming to enable users to take multiple actions with a single and customized Siri request.

Apple has introduced a beta version of iOS 12. There is no exaggeration in mentioning that the OS will help iOS app developers create seamlessly-performing and feature-rich applications. 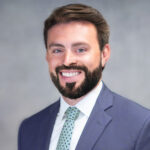