Augmented reality apps offer its users an escape from the real world. Even though augmented reality has been around for many years, the concept of it still sounds quite futuristic and alien to us. AR is all about superimposing images that are computer generated and overlayed on top of the user’s view of reality. This notion creates a composite picture which augments the view of the real world. Many different industries have adopted the concept of AR apps and here are a few AR apps that are available on the market right now.

AR is a great tool to use for educational purposes, and apps like the BBC Civilisations is paving the way. This app from the BBC gives users the ability to view and admire several historical artefacts from around the world. The app allows users to locate the artefacts while rotating and resizing, allowing users to explore pieces of art. The features of the app also include a magic spotlight to reveal audio guides and unique features.

The AR aspect of the app also lets users use an x-ray feature to discover histories hidden secrets hidden inside artefacts like tombs and paintings. The app houses many historical items from more than 30 museums across the UK and lets users share photos of the objects in their own surroundings. Apps such as this are great for educational use and demonstrate how technology such as AR can be implemented in this sector. The app is free to download and is available on both Andoird and iOS.

One of the first gaming apps to hit the market in AR form has been Pokemon Go. It was a game and concept that genuinely captured its audience’s attention, prompting them to go out and catch Pokemon. The app and game use the GPS location of the user’s smartphone to mark their location and move around in the game as their in-game avatar. The smartphone camera is used simultaneously to show Pokemon in the real world, which users have to catch. Creating an immersive experience for the users has made AR popular.

Its intuitive creations allow users to find Pokemon depending on their natural habitat. This means water-related Pokemon can be found near rivers and lakes and so on. The app also recently got an update, GO Snapshot, which allows users to interact with Pokemon in their collection by taking pictures of them with them. The app is free to download and is available on Andriod and iOS. The app can also be used with various smart watches and tablets for on the go use.

Thanks to the integration of individuals from different cultures and parts of the world, the percentage of people who are learning how to speak different languages has increased. Access to online tools makes self-learning easier and more attractive.

Apps like Mondly offer users one the best ways to learn a new language. One of the main reasons is because the app is available on smartphones, which make learning more convenient. But also, the app has a VR and AR option for leaning. The AR function is built into the main app, unlike the VR, that is an app of its own, offers an AR teacher. Once the smartphone is placed down on a flat surface, the app detects that you are ready to learn, and the lesson with your AR teacher will begin. The AR function allows the app to bring in examples of the word to help the learner remember. The app is available on both Andriod and iOS, although iOS does not have the AR function yet, and is free to download.

Not everyone is born with the gift of being able to draw an incredible piece of art, and so this has given birth to apps like SketchAR.
SketchAR is an AR tracing app which helps individuals who wish to draw. By merely placing guide dots on a piece of paper and selecting a sketch, users can then use their smartphones, which will project an image of guidelines on the smartphone for you to follow. By holding the phone over the paper, you will be able to follow the lines to create a masterpiece. Although it’s not precisely like tracing and users may struggle to match the lines correctly, the app still helps users get creative. The app is available on both Andriod and iOS and is free to download. 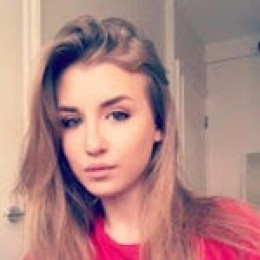 Mary Kovalchuk Author
Mary is a freelance tech and lifestyle writer based in London, UK. She runs a blog, An Eye Behind, that focuses on the secret life of London. Currently, she's contributing to HubPages, Sivana Spirit and Linesh Jose.