Today, radar detectors have many more applications than one can imagine. As we know, they are small devices that help you in identifying the presence of radars like the ones used by traffic police to locate moving cars exceeding the said speed-limit. Some advanced types of detectors also detect the presence of the laser speed guns.

While it is true that the overall design of radar detectors used by the military is different from the ones to be carried in the car, they make use of same radio waves for detecting direction and speed of missiles, both under the water or in the air. Read on to learn some of the essential and exciting radar detectors uses.

One of the significant uses of Radars is for safety controlling of air traffic. It is usually used in the vicinity of the airports for guiding the planes for proper landing in extreme weather conditions. High-resolution Radars are used for this purpose.

A Radar detector is widely used in many military operations. From naval, air, to ground, they have broad applications for defense purposes. They are even used for surveillance, tracking, as well as detection of the target. Fire control, weapon control, and missile guidance is used with different kinds of radar. Even a multipurpose RADAR system antenna serves different purposes like detection, broadcasting, and much more.

High-resolution Radars on the shores are used as an excellent aid for navigation. Radar detectors offer safe and secure travel by warning any potential threats, especially during dangerous weather conditions. They are even used for finding the depth of the sea.

GOME stands for Global Ozone Monitoring Experiment. The atmospheric Ozone, as well as No2, has already been going on after the discovery of the GOME products. These products are used to retrieve other trace gases that are related to ozone chemistry and other atmospheric constituents. Moreover, it can even be employed for the climatic variable clouds, aerosols, and solar index. All of these are quite important to assess climate change.

They are used to measure radar backscatter from the surface of the ocean accurately when lit by the microwave signal with narrow spectral bandwidth for receiving information about the wind velocity on the ocean surface. Generally, the backscatter’s amount depends on two major factors, the wind direction, and its pressure.

There are even ground penetrating Radar detectors used by the geologist to study the position of the earth for the Earthquake detection. Scientists make use of RADAR to explore the movement of birds, insects, and animals. Archeologists make use of it to detect buried artifacts.

Many factories and industries use it for safety. Moreover, if we think that floods are the consequence of bad weather, then optical sensors won’t be sufficient for monitoring purposes. However, the Radar satellites can penetrate cloud server with microwaves. As a result, they deliver quite valuable information for prevention and future planning.

To wrap up, there are a wide variety of radar detector applications used by people in various industries. More and more developments are made to improvise the detectors and use them intensively, wherever needed. 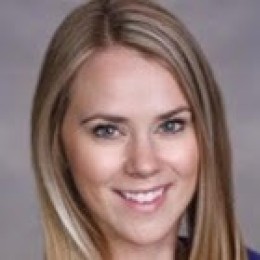 Jill White Author
My name is Jill White, and I am a 26 years old blogger. I genuinely think writing is that thing that makes me happy and fulfilled. Traveling is my second passion, and I plan to mix these two things.