Developing a front-end app needs a combination of HTML, CSS and JS. HTML for the basic layout of the webpage, CSS for visual formatting, and JavaScript for maintaining interactivity. Click here, if you want to know what frontend framework means and which are the best frontend frameworks that developers prefer in 2023.

Primarily, quick time to market and qualitative user experience are the main goals of web development in today’s market. Utilising frontend suitable frameworks can help accomplish these goals. However, choosing the best framework from various frameworks is hard.

Hence, we will discuss the best front-end frameworks that developers prefer for easy front-end development. Let’s begin then!

Here are the best JavaScript-based and other frontend frameworks that developers prefer to use as per the app requirements:

There are 100+ frameworks available. Discussing all of them might waste your precious time. So, we have picked these 8 top frontend frameworks for you. Let’s discuss each in detail along with their pros, cons, and descriptions.

React is a well-known and quintessential front-end framework in today’s market. Initially developed by Facebook in 2011 with JSX syntax, ReactJS was not created open-source. Later, in 2013, FB decided to make this JS library open source.

There are approximately 80% developers prefer using ReactJS whenever the situations favour them. This framework has a huge user community hence support and help from them becomes easy. Also, the framework keeps on updating regularly bringing new features and solutions to old glitches.

React has some impressive features like Virtual DOM and it is also the main advantage of React. With an easy learning curve, React is easy to learn and implement. But complexity increases as the size of the project increases.

Angular is amongst the most popular software development tools in the current time. It’s an open-source, modern, front-end framework that works on the basis of TypeScript. Over 6 lacs websites use Angular/Angular 2+ now. It has strong support from Google.

Angular is used for web and mobile app development and builds SPAs (Single Page Applications) and Multi-page web apps. There are many famous brands like LEGO, BMW, Forbes, Autodesk, etc., that uses Angular/ AngularJS for their designing.

It was introduced in 2009 by Google and till now there are many latest versions of Angular available in the market. Developers can build dynamic content easily using Angular.

jQuery can be said to be one of the earliest open-source JS frameworks in the market. Despite being old, it is still amongst the best frameworks available. jQuery is designed in a way that it minimises tedious JS coding and gives developers huge community support too.

JQuery is flexible in managing events due to its simplicity. For instance, a straightforward mouse click can be condensed into a few lines of code that can be inserted into your app’s Js logic at any point at unexpected times.

The most current edition of this framework, JQuery Mobile, allows developers to develop mobile apps even though JQuery wasn’t really intended for that purpose. Front-end programmers won’t have any cross-browser problems because JQuery is a superb framework for addressing browser interoperability.

Vue.js or Vue provides high-speed performance to the app. All because of its virtual DOM feature. It has a component-based architecture and also two-way binding features. These features are basic requirements of any frontend framework to become useful to the developers.

With Vue, developers can update related components easily and track data changes which makes providing real-time updates easy. Developers enjoy Vue also because of its small size as compared to other frameworks. The compressed files of Vue weigh only 18 kB.

Backbone JS was created by Jeremy Ashkenas as a public, open-source JS library in 2011. About 600,000 websites like Tumbler, Trello, Pinterest, Uber, Reddit, etc., use this platform for designing.

This framework implements MVC/MVP concept for development and represents your data as models which can be made, validated, saved and eliminated from the server. Every time a user tries to change this model, a change event is produced. It is then transferred to views.

Svelte is a component-based, open-source JS frontend framework developed in TypeScript that is not only a fast front-end framework on the market but also a lightweight development choice. Unlike other frameworks, it lets developers complete web development tasks with a good amount of less coding.

At the moment, this platform has been used to create over 3,000 applications and websites including 1Password, The New York Times,  Chess, Philips BlueHive, Godday, Absolute Web, Rakuten, Cashfree, Razorpay, HealthTree, etc.

When producing content on the application server, Ember is among the swiftest front-end frameworks. Additionally, it offers two-way data binding, which instantly synchronises the model and view. It has a sizable environment with cutting-edge templates to assist developers in reducing coding time.

Semantic UI strives to create HTML code that is accessible to humans. Classes inside the framework can embrace human language syntax, including word popularity, word order, & noun or modifier relationships.

Smarsh Infotech is one of the top-notch software development service provider companies. Our team of skilled developers will help you quickly develop your business application. So, let’s discuss your app requirements and begin the development process soon. 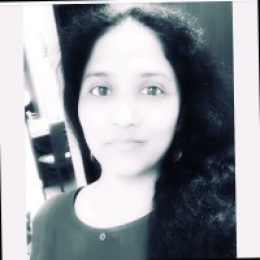 Nimisha Kapadia Author
Nimisha Kapadia is the Technical head of Smarsh Infotech - an emerging custom software development company that offers mobile app development, web app development, dedicated developers, and software testing service at a competitive price. Her bold leadership and foresight have taken the company to great heights. She loves to read and share her insights on the tech industry.