Businesses that have resided in the online world for a while are well aware of the relevance of a responsive application for marketing and e-commerce. While search engines are making huge steps in achieving transparency in the modern, ever-changing world, business is trying to stay afloat by emulating new methods that focus on delivering reliable, more optimized HTML5-based applications.

To keep up with these adjustments, numerous updates for research material such as books and guides on how to create user-friendly applications are fast taking precedence. But this isn’t the only reason why responsive app development is ideal for your business operations.

If you are looking for the best frameworks for building cross-platform mobile apps, the following are 7 of the best that you can leverage:

In such a short time, Foundation has evolved from simply a contender for a slot in popular framework lists to become one of the most reliable modern app development frameworks there is. It majorly stands out for its ability to deliver high-end, top-quality performance not just for modern devices but custom application requirements as well.

Its core is built around a wide range of frameworks capable of creating email templates and websites and as a separate framework for creating dynamic, complex and responsive applications that feel authentic all thanks to its integration with Angular’s base. Perhaps the reason behind the success of Foundation is its management through the company ZURB that has ensured continuous research and developments of trends in the field of responsive app creation including how applications have to be built to reflect design features and qualities better.

The core strategy for Foundation’s platform is letting developers build mobile-first websites that can afterward be converted and customized into apps that can be served on larger devices, a process that ensures design choices are created with straightforward functionality in mind.

This is one of the most prominent cross-platform application development frameworks for creating mobile-first applications. It’s the use of hardware acceleration techniques that allows Sencha to provide User Interface components that can deliver extended capabilities for smaller mobile devices. It consists of over 50 in-built device-native UI components for a majority of current popular mobile platforms.

Whether you intend to build for Blackberry, Windows, iOS or Android, Sencha Touch provides all the necessities required to make state-of-the-art applications. Its default template packages allow users to create instant, targeted web and hybrid apps that look and feel native to your targeted platform.

This platform has been a godsend for thousands of PhoneGap and Cordova developers as a hybrid open-source HTML5 based mobile app development framework that brings out element-based User Interface components that natively breathe life into responsive app development. Because Onsen has been designed with the help of Web Components, developers can adapt to their existing knowledge of HTML syntax easily to start developing websites on the go.

Onsen developers understand the relevance of agnostic development and its impact on the success of an application. For this reason, it’s easy to integrate Onsen to work with almost all front-end app development frameworks out there.

Ionic is one of the most successful frameworks used to build native cross-platform apps using JavaScript, HTML5, and CSS3. Anyone capable of building or designing a website from scratch can use it to create stunning apps. Learning the ropes of the framework is an easy process whose tutorials you can access online. More than 2 million applications have been built thanks to Ionic’s freely accessible documentation, community, and codebase that makes the development environment conveniently accessible for both beginners and experienced developers.

There isn’t a question as to how important it is for developers to access the kind of framework with all the right tools and feature-set for building mobile and web apps on the go. It’s for this reason that Framework 7 has gained massive popularity amongst HTML5 developers over the past few years. Thanks to its extended set of layouts, elements, and other high-end files, developers have gained an upper hand in Android and iOS application development with the same polished look and feel. Framework 7 provides prototyping and wireframing functionality that allows developers to create prototypes for clients. Its prominent feature is the ability to create iOS and Android apps, offering the necessary freedom to build all kinds of applications without any real-world limitations.

It’s rather easy to misunderstand the main area of function and usability when thinking of jQuery Mobile. jQuery happens to be the most popular scripting library for JavaScript. Most of the dynamic and interactive features seen on great apps have actually been built on jQuery. It’s thus easy to assume that jQuery Mobile is a mirror of the same functionality for the mobile web.

In actual sense, it’s a web app development framework that focuses on helping developers come up with a single responsive app. Certainly, these creations work on desktop computers, tablets, and other mobile devices without a fuss.

Among the most notable of jQuery’s repertoire are an AJAX-based in-built navigation system, sleek User Interface widgets for instant development progress, touch-friendly form elements and responsive design techniques and tools as well as a plugin that allows you to build and adjust themes into what you want them to look and feel.

Trigger uses JavaScript functionality in native iOS and Android application development in just moments. This you can achieve right after learning its functionality. It comes with such out-of-the-box modules as analytics platforms, User Interfaces, registration and login modules that help significantly speed up the development process.

The inclusion of an inbuilt cloud service guarantees easy testing and designing of apps within the cloud instead of using external development ecologies. What’s more, you can update applications without resubmitting them.

The power to design, develop and launch a responsive mobile application visually while creating clean and semantic codes definitely forms the backbone of app development in general. Considering the challenge that comes with launching a new application for a portfolio, personal blog, startup or anything else to get things up and running, developers can benefit from a convenient option that allows them to create rewarding responsive applications. The aforementioned frameworks have been proven to create amazing websites and you too can seize them provided you have just the right amount of design and coding experience. 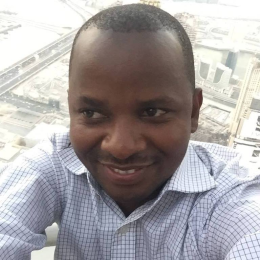 Undule Amon Author
Undule Amon is an independent digital strategist and the Director at Duxte Limited, a marketing agency specializing in website design Tanzania that prides itself on efficient service and happy customers.