Most of us are used to shooting videos using our smartphones, but we really don’t give much thought on how to produce the first-class video recordings. So long as it looks clear, nice and sharp, it’s good to go. After all, it’s just a smartphone, so why bother taking professional looking videos? Well, you should. Don’t settle for meager-looking videos when you can make them better.

You can actually produce high-quality videos by just using a smartphone. No need for sophisticated and high-end video cameras. There are tricks that you can execute to shoot a quality video. So here’s a beginner’s guide to help you produce quality videos using your smartphone.

For most smartphones, the settings are commonly right inside the camera app, either accessible via a toggle button or inserted beneath the wheel gear settings.

However, for iPhones, these options can be found in the settings menu. You have to go to Settings, then scroll down to Photos & Camera, and next go to the Camera section. When you already found them, here’s a quick categorization of the most regularly used video frames:

Being aware of the limitations of your phone’s camera is essential for every person who wants to shoot a compelling video. In this case, dynamic range is the primary factor that will affect your composition.

Every camera system and camera sensor has a limited range of luminance of the overall scene. It can still manage well while recording valuable image data. In detail, the limitation of dynamic range is commonly determined by how well the lens can perform in low light, and how well it can lessen the noise in the dark areas.

Set the Orientation in Landscape

Nothing ruins an excellent video than it having those black vertical spaces on each sides. Hence, to avoid this mishap, ensure to use landscape orientation instead of portrait orientation when recording.

Landscape orientation doesn’t only make your video seem aesthetically delightful in general, but it will also make it more entertaining to watch on television or widescreen. Also, it will let you capture more area in the actual video.

Briefly, when recording, never hold your phone vertically, except when you want or like those vertical black areas included in your video.

Proper lighting has a significant impact on smartphone cameras since they have smaller image lenses and sensors.

Thus, try to shoot your video in bright areas to help avoid unnecessary grainy shadows and regions in your video. However, you have to be careful not to directly focus the camera on sources with bright light, which will lead to lens flare and unusable overexposed footage.

Moreover, lighting should be steady and stable since the sensors in most smartphones don’t quickly respond to sudden changes in brightness. Also, most phones offer a touch-focusing feature to avoid focusing on the wrong area when you’re shooting a video.

Further, after placing the focus on the most critical character of the video, the automatic exposure feature will have an easier time performing little adjustments if the lighting starts to change.

Surely you don’t want your film to come out blurred, distorted, or impaired by rolling shutter. So the best thing you should do is to keep your phone in a steady position while recording.

You can use both hands to hold your smartphone close to your body as you shoot the video. However, this can cause a bit fatigue in long sequences. Fortunately, there are ways to support your phone while recording:

Unfortunately, most smartphones feature digital zooms, which are just another software tricks that will make your subject look closer but with an extensive amount of pixelation.

On this note, to zoom in while filming without losing the vivid and the crisp quality that you want for your videos. You will need to get closer to the subject when recording.

Most of the people have a dominant video camera right in their pocket; smartphone. Thanks to this technology, video recording has never been so effortless and smooth.

Just with a little access and practice to a few essential hacks and tips, even you can start recording great vlog, movie, or also shoot an indie film using just your smartphone. Furthermore, you can visit Deal Wiki and other tech sites for various choices of smartphones. 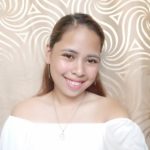 Caleigh Martin Author
I am Caleigh Martin a free writer and blogger in different niches such as lifestyle, health issues, fashion and gadget trends, and even business and finance concerns. I enjoy writing since this is the way of stressing out myself and I’m passionate about this.