The quarantine life can be quite dull. As over one-third of the world’s population finds itself in some form of lockdown, many are turning to their gadgets and online resources for entertainment.

According to Forbes, the overall internet usage has increased by 70% as people use online methods for shopping, information-seeking, and leisure activities.

Additionally, as per data collected by Verizon, video game usage has increased by a whopping 75% in the USA. Meanwhile, video streaming has also witnessed a spike of 12%.

If you are unable to pass your time during the boring quarantine life, here are the best mobile games out there that might help you.

Some of the most addictive and fun games are those which feature the most straightforward gameplay out there. One such game is Scratch & Match, available on the online gaming platform called Unlimited Gamez Mo.

This platform has a vast collection of games belonging to a range of genres. This includes adventure, strategy, action, and card games, etc. While some games are available for free, most of them require you to sign up on the platform by paying a nominal fee.

Among all of the different games, we find Scratch & Match ideal for quarantine life. In this game, you are given three minutes to scratch and match as many animal cards as possible.

Since it relies on your memory, the game constantly challenges the human mind and keeps it engrossed. As the levels progress, it becomes increasingly difficult to find the right animals, which makes the game even more thrilling.

The chances are that you have heard of Candy Crush even if you haven’t actively played it. From the moment the game was launched for mobile phones, it has been a massive success among both Android and iPhone users.

Again, just like Scratch & Match, this game is very straightforward. All you must do is match the same candies by changing the position of the various coloured candies. If you make the right decision, one move can lead to various candies matching with one another.

To keep a user engaged, the developers of the game have added additional challenges to keep the game interested. For instance, you must achieve a given score to proceed as well as make a specified number of matches within a given set of moves.

When you combine the mobile and Facebook users of the app, there are over 500 million times the game has been downloaded. This has made it one of the most successful apps out there. The fact that it is free makes it even more accessible.

Stranger Things is a popular Netflix series that have left a mark on the masses. Whether it be its plot or the homage to the 80s, the series has an avid following where people wait desperately for the new seasons, which they binge-watch in a matter of days, if not hours!

You might wonder, why are we talking about a series? Well, that’s because this series has a game of its own.

And just like the Netflix series, the game too features a heavy influence of the 80s. It pays tribute to the era by creating a game on a low-resolution pixel style – the type of games popular in the 80s.

In the game, you have to fight enemies, solve puzzles, and collect various items, including VHS and Eggos. The cast of the show is present, and the main characters can each be chosen by the player. Each figure comes with its own set of abilities and powers.

Between the story and the tricky gameplay, the game is a good distraction during the quarantine.

Among the various “running games” available online, Subway Surfer has managed to get quite a lot of downloads.

This android game is very simple. All you are required to do is assume the role of a character who is running away on a subway. You must dodge any obstacle that comes your way and collect as many coins as possible.

If you have ever played the game, Temple Run, you can expect this game to be similar to it. However, Subway Surfer features much more sudden turns and twists, which makes the game more addictive than Temple Run.

But, at the end of the day, it is up to you to decide which of the two running games you like! The best thing about either of them is that there is no learning curve. You don’t have to learn any moves or remember any controls. All you have to do is collect and avoid it.

PUBG has been dominating the online gaming world ever since it was launched in 2017. Since then, a mobile version has also been made available for the masses.

The premise remains the same. Each user assumed the role of a mercenary who is transported to an island with 99 other real players. Once you land, you have to look for weapons and kill your way to become the last-man-standing. Alliances must be made to succeed.

Just like the PC version of the game, the mobile version has almost the same features. This is with the exception of the type of maps made available. For starters, in the mobile counterpart, you are only given the original Erangel map.

The game is free, and the fact that it allows you to stay connected with other gamers is just what one needs at a time of isolation.

Each of these five mobile games is highly addictive and fun to play. Which one is the best among them, you may wonder?

Well, it all depends on your taste. If you like simple memory games, Scratch & Match and The Stranger Things will be ideal for you. If you prefer simple games, Candy Crush and Subway Surfer are perfect. However, if you want to raise the stakes and interact, PUBG is your best bet.

Play them all and decide which of these best help in fighting off boredom. Let us know what worked. 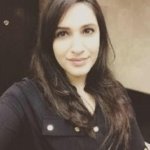 Andrea Author
Andrea Bell is a blogger by choice. She loves to discover the world around her. She likes to share her discoveries, experiences and express herself through her blogs. You can find her on Twitter:@IM_AndreaBell