Python is the first preference for web development in many leading businesses including Amazon and Google. The main reason behind such popularity is its extensive libraries and frameworks. Also, it is easy to understand, fast & easy development, has feature-rich libraries, smooth integration, and so on.

One of the most famous open-source frameworks, Django supports plain & practical design with fast development. It offers extensive functionalities like authentication, file upload, admin panels, app management and so on.

It is another open-source python web framework that helps developers to build web applications with simplicity and efficiency. Using this web framework, Python developers can create complex coding with no extra effort.

It is a microframework that offers all the latest technologies to build software with a diversified structure. Web app developers find easy access to python’s libraries and extensions.

Bottle framework is well known as the fastest python framework and lightweight WSGI micro web framework among the developer’s community. This framework is specifically designed to build small-scale web applications.

It is a high-performance web framework that helps developers to build REST APIs much quicker. Many top companies like Netflix, Uber, Microsoft, etc. prefer this FastAPI framework for building web-based applications.

Unlike other frameworks, frappe can be written either by JS or python. This framework empowers ERPNext with minimal coding and high configuration. Using this framework, developers can build and maintain complex applications.

It is one of the best python frameworks used to develop highly functional applications. This Giotto framework is highly popular among developers mainly due to its independence and its distinct functions.

It is a popular lightweight micro-framework specifically used to build a web application with APIs. This Falcon framework enables developers to build applications with clean designs with the presence of HTTP & REST architectures.

It is the most popular content management framework. Zope framework allows developers to build web portals and applications with extensive CMS solutions. Because of its open-source code, developers are able to build versatile and amazing applications easily.

It is a fast and lightweight ASGI (Asynchronous Server Gateway interface) web framework. Unlike other web frameworks, it is an amalgamation of various tools that allow developers to build simple applications fast.

This open-source python framework is used to build or scale web-based applications with the aid of Machine Libraries. This framework enables developers to transform the python codes for building distributed systems with small alterations.

This open-source python framework is mostly preferred by developers to build web applications with an object-oriented paradigm. In addition, it supports developers to create and connect databases according to their coding styles.

It is a python 3.7+ web server used to build and run web-based apps in quick time. This web framework comes with ‘async/await syntax’ which eliminates code blockage issues. Also, it enables developers to run their newly built applications in multiple parallel threads.

This Morepath is well known as the super-power python micro-framework. It uses the model-driven approach for building strong web applications. Also, it supports defined path conversion into links because this application will have clean URLs.

It is a simple and highly flexible web framework, Quixote is used to build web-based applications in no time. This Quixote web framework enables developers to utilize numerous third-party python modules to build strong web applications.

Unlike other programming languages, Python is very powerful and provides various tools for developing simple and complex applications for enterprises and also for start-ups. Python has a wide range of web frameworks for building web-based applications. Instead of going blindly behind the best python web frameworks, picking the right one that matches perfectly for your project will be highly beneficial. 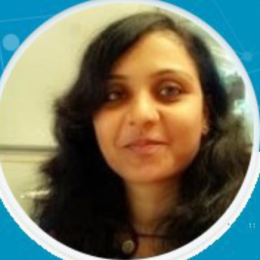 Heena Soni Author
Heena Soni is an avid researcher and writer at TRooTech.com, a Technology Company working on digitalizing industry processes for varied domains. Being a part of the content management team, she is enthusiastic about advanced technology and likes to be updated on the latest know-how of technology.