2019 could see the biggest advance in smartphone technology since the introduction of the iPhone in 2008. Samsung is (reportedly) building a new foldable OLED variant in their popular ‘Galaxy’ range of devices. Let’s face it, the screen is the biggest element of your user experience with a device. If Samsung can pull this off, it will be the biggest press coup in phones for a decade and a blow for their major rival in the smartphone arena, Apple.

However, behind the screen, some equally large, some would say more significant changes are happening in the very same world. 5G, the next generation of mobile cellular technology is in the final stages of standards agreements with phone companies around the world. Recent testing shows data download speeds over nascent 5G networks which are between 10 and 100 times faster than current 4G data capabilities. Testing also reveals a practical latency of about 6 milliseconds between user action and server response. That’s less than half the time it takes to blink your eye.

These 5G capabilities could have a dramatic, unforeseen effect on the hardware we use in our phones, lowering prices for new phone hardware and turbocharging China’s burgeoning phone hardware manufacturing industry.

What is a Chromebook? 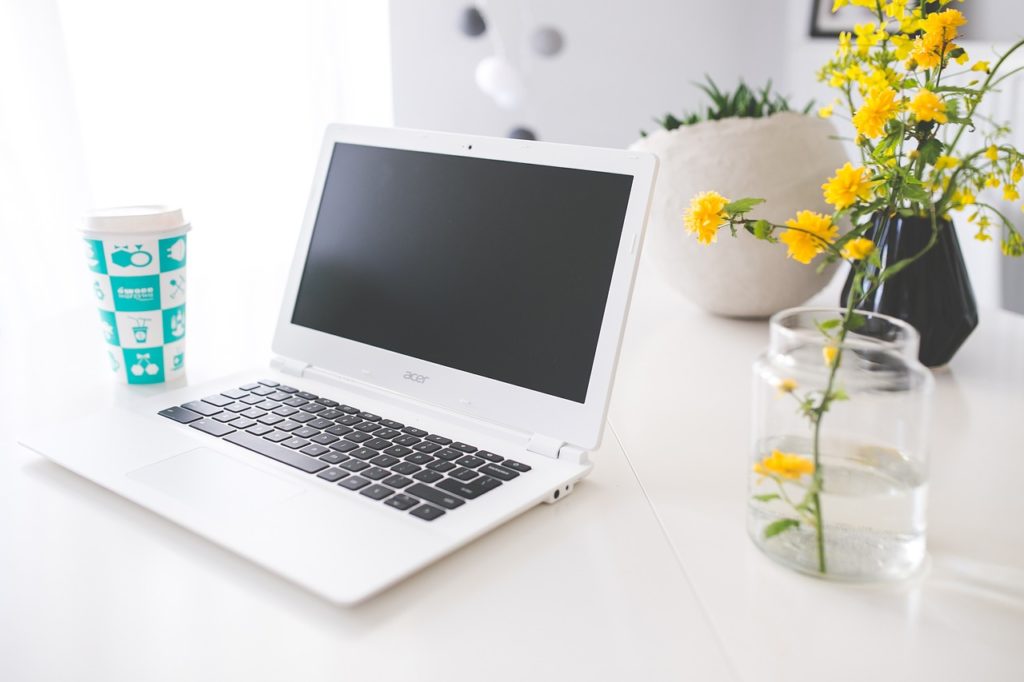 Chromebooks are inexpensive cloud-based laptops which use a thin browser to connect the user too often free web-based services like Google’s Docs and Sheets Word processors and Spreadsheet software. Importantly, Chromebooks are inexpensive – they are much, much cheaper than the laptops they are designed to compete with. Much of the saving comes from cheaper processors and reduced online storage – with tasks requiring those capabilities offloaded to the cloud.

If you’ve never used a Chromebook, you might be unaware of their capabilities. Generally, the impact of keeping files in the cloud and working on them from a thin client (browser) is small but noticeable. Current response times to update a cell in a spreadsheet or format a paragraph in a document are sub one second but above the human, a threshold to notice. In short, they do the job but they don’t do it as quickly as a standard laptop would and the user can tell.

5G will change that. 6 ms latency and huge bandwidth mean user actions will garner an immediate response from cloud-based technologies. It will become impossible to tell the difference between a cloud-based slide deck and one which is running on a full installed app on your laptop. The implications for phones are substantial.

What does China have to do with it?

8 out of the top 22 smartphones produced in the world came from China last year. The category is growing fast in importance for the Chinese government. These Chinese manufacturers like Oppo and Huawei tend to be sold much cheaper than premium Western products like Samsung Galaxy devices.

When phones no longer need expensive processors because 5G relegates processing to the cloud and no longer require on-device storage in the GBs because files are downloaded only when required, not stored on devices, it will be Chinese manufacturers like these who have an inherent advantage. As we move towards disposable phones, Samsung will lose and China will win.

Bringing it all together

Samsung was the first to bring a curved screen to the smartphone market in their ‘Edge’ range. There is every reason to believe that they can pull a move to foldable screens off, too. Developments in 5G will affect Western and Chinese manufacturers at the same time.

It’s possible the market will split in two – with Samsung and Apple the only manufacturers who can justify the price of higher-end hardware like foldable screens. However, it seems that the volume of sales will go to the phone producers who can service the lower end of the market, using basic tools to get the job done. It’s more than likely that the next decade will see the commoditization of phones and other computing hardware and an abrupt crash in prices, of the sort we saw when PCs moved from the office into the home and became affordable for all.

Neil Aitken Author
Neil Aitken is the editor in chief for WhatPhone.com.au. He has worked on small business telephony solutions in the past and has written on the subject of telco trends, innovation and SIM Plans for Business Insider, The Sydney Morning Herald, Vodafone Australia and Savings Room, one of Australia’s leading blogs.