To be seen as a tyrant with a watchful eye that all the employees are cursing is what no boss wants. That’s why people punch in and punch out, so you don’t have to be a stalker. After all, if you don’t give your employees space they need they won’t be able to get the work done, and that’s the highest priority, not to know how many cups of coffee each one of them has had.

We have to admit that there are some employees who take this flexibility for granted and even misuse it. Some of them may constantly be late, others won’t bother having the valid reason for their frequent leaves. If you have to much fate in punching in and punching out, you should know there are ways to cheat these time & attendance systems. Even if you think your employees wouldn’t use these sneaky practices inside the office, how are you gonna monitor them once they’re out of it on the assignment?

Luckily, today the technology is pretty advanced and there’s a thing called employee monitoring software which can easily overcome this problem. So let’s see why you need one.

With manual time and attendance system, it has been estimated that supervisors need about seven minutes to calculate time card data for each employee. That could pile up to some serious time waste that happens every pay period. Eliminating this time will eliminate the expenses, and switching to automated monitoring payroll calculation gets four times faster.

Time fraud has become a common thing in most of the workplaces, so you might not get so alarmed. They’re slacking off a bit, but at least they’re not stealing, right? Wrong. What do you think is the consequence of not clocking for unpaid breaks and all those fraudulent punches? Punching out earlier means they’ve worked less than they’re paid for, and purposely punching out later means you’re paying for non-existent overtime. That’s why it’s also called time theft. When you consider that almost 69% of the employees are doing it you realize that it is in fact stealing.

When you monitor your employees manually it’s almost an unbelievable strain to fill in those timesheets daily. So you do it weekly if even that regular. Well, if you would adopt a daily system that would recover 50 000 bucks for every employee per year. We can agree that this is huge money and shouldn’t be thrown away, especially when software won’t feel any strain.

It’s important to have a reliable and experienced HR team, and putting it together doesn’t come cheap. That’s why you’re losing a lot of money when your HR professionals are not able to do their job because they spend most of their time on tedious administrative tasks. If they are the ones responsible for paying employees on time, that means they’re stuck in one time-consuming administrative process. And they don’t have only the payroll on their hands – there’s also time and attendance tracking, recruiting, etc. Monitoring software can take all of that off their hands, perform it quicker and without errors, leaving your HR team to take care of its other key functions.

When your employees are slacking off, they’re not paying attention to their own time. They’re too busy thinking about how to get off early and the productivity of their time actually spent in the office can be quite low. With a monitoring system in place, you’ll be able to establish a clear set of rules which will inform them precisely how they are paid, what are their mandatory working hours, and when the deductions will be made. Some would think that this kind of tight and clear schedules would have to opposite effect, but it will. In fact, increase their productivity by making them pay attention to their own time. They’ll get great visibility on their schedules and the convenience to manage and measure their time. And there won’t be any misunderstanding of what work needs to be done first.

When your employees are running loose and realize they can get away with it, they become completely disengaged. We’ve already seen how much those people cost you. But that is not the end of your expenses since their disengagement will spread like a plague – attacking the morale and productivity of others. When a disengaged employee doesn’t pull his weigh, others become less productive in their tasks making up for it. You have a situation where bad habits spread like a virus. Poor performers will lower the bar for all other employees.

And that’s why you can’t ignore employee tracking. Firstly, time literary becomes money, going out of your pocket. Secondly, manual monitoring is inaccurate and full of errors, keeping your HR teams on the wrong jobs. And thirdly, just one unproductive and disengaged employee could spread its ʽvirusʼ on the whole team, in no time. 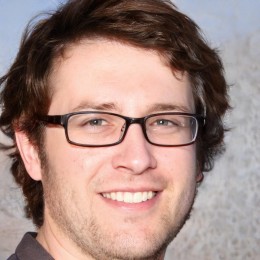 Lucas H. Parker Author
Lucas is a business consultant and editor in chief at savingforserenity.com. Besides that, he has a passion for writing. Doing his research, exploring and writing are his favourite things to do. Besides that, he loves playing his guitar, hiking, and travelling.