As people’s dependency on technology grows, so does the demand for effective web and mobile applications. As a result, software developers explore different approaches to achieve a better user experience. For example, even when there is a lot of network congestion, the user wants a better UI and a faster response time for HTTP requests. As a result, stack technology is introduced, which creates a responsive and interactive UI and makes the development process much easier. MERN stack is a popular stack technology that consists of four powerful technologies: MongoDB, Express.js, React.js, and Node.js.

What is MERN Stack, and how does it work?

MongoDB, Express, React, and Node.js are all part of the MERN Stack. MERN stack is an open-source full-stack JavaScript solution for developing web application quickly and easily. MERN was created to make application development quick and easy. Each component of MERN has a distinct function that we must comprehend. Let’s take a look at them now.

1. MongoDB: A Document-Oriented Database that Runs on Any Platform

MongoDB is a document-oriented database programmed that is open-source and cross-platform. It’s a NoSQL database with schemas based on JSON documents (optional). MongoDB is adaptable, and its document model defines the object in code, making data manipulation simple. MongoDB also has horizontal scaling and high availability because it is distributed at its core.

Express, also known as Express.js, is a Node.js backend web application framework. It has many features that make web application development easier and faster than if Node.js is used. Express can be easily configured and customised. It assists a developer in defining HTTP and URL-based application routes. To support additional tasks, Express includes several middleware components. Finally, Express makes serving your application’s static resources and files easier.

Facebook released React, an open-source and free front-end JavaScript library. It’s used to create interactive web application UIs (user interfaces). It takes care of the view layer and can create mobile and web apps. Developers can use React to create encapsulated segments that keep their state and then combine them to create complex interfaces. React also renders on the server when using Node.

Node.js is a cross-platform, open-source JavaScript runtime environment for the back end. Node.js is a V8 engine that allows you to run JS code outside a web browser. A developer can use Node.js to create dynamic content for web pages, collect form data, modify database data, and manage server files. Node.js only runs one process simultaneously, rather than creating new threads for each request. It also has a set of I/O primitives in its library to keep JS code from getting stuck.

How Does It Work?

As stated previously, all components of the MERN stack can be used separately; however, by incorporating these technologies, a developer creates high-performing web applications. So we’ll learn how the mern stack development works in this section.

Let’s look at an example that helps you understand the entire mechanism. Assume you’ve created a clothing-related e-commerce web application. A customer now goes to the web app to buy a t-shirt. As a result of the link on the web page, the user is directed to the t-shirt page. However, how will we gather data from the backend?

Why Should You Use MERN Stack?

You could use the MERN stack to create any application you want, just like any other stack. However, it is best suited for cloud-native, JSON-heavy applications that require dynamic web interfaces, such as workflow management, interactive forums, and social products.

So, if you want to create a cost-effective, open-source app with better performance and UI rendering, the MERN stack is good to go. You can also hire MERN developers with relevant knowledge and expertise if you’re a company looking for a MERN-based web app. MERN can also be learned online from different classes and tutorials on various platforms. We can use MERN to develop business applications if we keep all of these factors in mind. There’s no need to waste your time. Allow a mern stack development company with years of experience to assist you with web development. 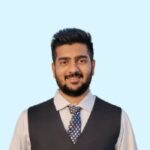 Krunal Panchal Author
Krunal Panchal is the CEO & Co-founder of Groovy Web. He has been a hardcore programmer since he was 11 and started his professional career very young. His technical and logical mind drove him to choose coding as his destiny. At an initial stage, he got essential experience and the spirit of innovation and entrepreneurship. Learning something new is a never-ending process for him. Under his leadership, Groovy Web has become an established organization that serves industries from startups to enterprises, regardless of any limitations.