Why Artificial Intelligence is Used in Apple and iOS

No doubt it is popular among the Apple music lovers but it was nowhere close to the Deepmind acquisition in terms of future orientation. And for your knowledge, Google bought Deepmind in 400 million dollars as compared Apple which paid whopping 3 billion dollars to acquire Beats.

Apple has made sure that like any other software development technology, machine learning, and artificial intelligence is the foundation of its software too.  Apple has built a new machine learning model and API know as Core ML. These API can be used by iOS developers to build software that can recognize images and build chatbots that can communicate with the users.

In the annual developer press conference held in June 2017, Apple has announced that it has released four models for image recognition. These tools do not need an internet connection and can run on user system locally. The data remains private and there is no need for cloud computing. In this conference, Apple also announced the iOS 11 update that will bring new features and in iPads and iPhones. Apple is also logging the user actions that are used in machine learning algorithms to predict the user behaviour. We can see this in the voice assistant Siri. Siri is now generating its answers in real time contrary to past when responses were pre-recorded and static.

Apple is no using AI in almost all its apps. Some of the main reason to apply artificial intelligence in iOS apps could be:

Machine learning services can be used in iOS apps to solve various problems that are based on reasoning. For example, solving puzzles and proving theorems. Artificial intelligence applications can beat human in games like chess, in stock market predictions etc. Google maps use artificial intelligence in many ways. For example, suggesting the shortest path to react to the destination based on traffic and road condition. All this happens in real time. 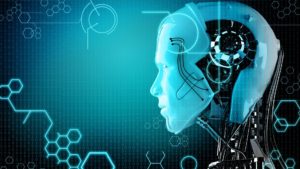 Artificial intelligence in iOS can be used to detect the patterns of data and apps usage of the user. It uses natural language processing and deep learning to interact with the user and know the preferences of the user. With the passage of the time, the accuracy of AI system improves. By recognizing the patterns of usage, AI can help in detecting the fraud.

Previously Artificial Intelligence is Used in Apple and iOS

Some of the apps that are built using artificial intelligence are:

Replica is one of the most advanced apps that is used for the iPhone app development. It is all in one app that can perform various functions. It can make a conversation with the user in the most natural way. Deep leaning neural networks let the replica to make a conversation with the human in the most natural way. The app is intelligent enough to know the preferences of the user. It can behave like a friend as it knows your preferences. It has the ability to improve over time as it is built using machine learning and deep learning.

Another app that is widely accepted across the globe is Airploy. Airploy is made keeping in mind the visually impaired persons. Airploy is based on the computer vision technology. The digital image processing lets the app to identify objects that are in front of the camera lens. You don’t have to take pictures of the objects. All you have to do is to point the camera towards the object and the app identifies the object for you. Moving a step further, it can describe the object features for you like colour, made, purpose etc. With the passage of time, the app gets better. Artificial intelligence applications have made Airploy to learn from the past experience. The best part of Airploy is that it does not require any internet connection to work.

Seeing AI is another artificial intelligence application that is built for iOS. This app also helps the visually impaired. This app allows them to better interact with the environment. Seeing AI uses the phone camera to identify objects, people, sign boards etc. Seeing AI can also detect the situation, environment and weather condition also. Seeing AI is powerful enough to recognize the emotions of the people and tell them how the people around the person feels.

Virtual assistants are in high demand in the iPhones and iPads. Virtual assistants make tasks easier for the people. They can handle emails, phone calls, appointments, calendar etc. Cortana uses Natural Language Processing and deep learning neural networks to understand the user behaviour and patterns of data usage. It can answer the phone calls, emails, messages for the user like personal assistant does. Cortana can detect the mood of the user and suggests the activities like songs and movies to the user.

Better cameras take better photos. More the pixels, more memory it will consume. This will put a huge burden on the memory of the device. In order to free up space, users have to browse through a large number of images. Siftr Magic can identify the images that are duplicate, irrelevant, low quality and less frequently seen by the user. It suggests the user to delete these images to free up the memory. The app itself does not delete the photos but it only suggests the user delete the photos in order to free up space.

In this article, we have explained the details knowledge Why Artificial Intelligence is Used in Apple and iOS. If you wanna give any suggestion, please let a review or comment Blow. 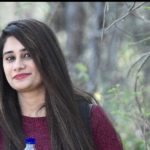