Smartphones are shaping up to be one of the most impactful phenomena of the twenty-first century. They’ve influenced and shaped countless industries with their convenience and reliability. One of the most interesting effects they’ve had is on the Australian digital commerce market. Shopping has changed since the invention of the smartphone and it’s quickly evolving to adapt to this new environment. How are they influencing this industry?

People spend a lot of time on their phones

Phones haven’t just become more practical. They’ve also become very engaging. You can do pretty much anything on your cellphone. You can even watch TV shows if you aren’t particularly picky about the size of the screen. Because of this, people are spending lots of time on their phones.

Research shows that the average person spends over three hours on the phone every single day. They aren’t making phone calls, though. They’re using websites and often browsing commercial websites. Because of this, web designers need to create engaging designs that will keep people online as long as they’re checking out the website.

Shoppers are going to keep shopping

Whether you change the medium or not, shoppers are still going to do their thing. People need to buy new products and use services, whether they do it online or offline. This is why the rise of the smartphone hasn’t changed shopping in general. However, it has made an enormous impact on E-commerce, which now has to adapt to the huge influx of fresh consumers.

Smartphones are used because they’re a lot more convenient than visiting a brick and mortar shop. If people can order from the comfort of their own home, they’re going to do it. Everyone wants a streamlined and easy process. Online commerce business owners need to take this to heart. Designing a nice website might not be enough.

Apps are a popular way to get people engaged and on the same page as your marketing campaign. Make sure you create one to make browsing and shopping even easier for consumers. Advertising an app could show it to a much wider audience. Bring shoppers even better convenience and you can be sure they’ll use it.

Smartphone users tend to not waste a lot of time when making their purchases. They want the product or service now and they’re willing to shave off a few seconds to know that the purchase went through.

This is something that smartphone app designers have taken advantage of. A fifth of smartphone users is more likely to purchase something if they can do it quickly. When you know what you want, you don’t make any delays. Designing apps and websites with speed in mind is one of the more surefire investments that E-commerce professionals can make.

The convenience of shopping with a smartphone can’t be overstated. It has become a phenomenon. Consider how easy it is to browse from the comfort of your desktop computer. It can’t possibly be any easier, can it? According to consumers, it can and it already has.

However, this doesn’t mean you should start disregarding desktop sales any time soon. Half of your customers will be using this medium. It’s important that it stays viable and convenient.

They’re pretty much taking over

Did you know that eighty-nine percent of Australians own a smartphone? That’s nearly ninety percent of twenty-five million people! Considering the fact just about every person owns a cellphone, it’s not hard to predict that this number will only continue to rise.

The number of additional benefits that smartphones provide can’t be overlooked. Compared to traditional cellphones, smartphones seem to be a godsend. In the short timeframe that they’ve existed, they have pretty much taken over cellphone communication.

Even the prices don’t faze people anymore. Even if new smartphones are expensive, that doesn’t stop consumers. It’s not difficult to find good prices for affordable refurbished phones in Australia as long as you know where to look. It’s possible to find an excellent smartphone on a budget, even when the budget is very limited.

The coupon makes a comeback

Coupons seem like a relic of old marketing campaigns. They don’t really get you anywhere closer to a purchase. Most people get coupons and forget about them in their mail or in their desks. It’s pretty easy to lose them and you might not bother visiting a store even if you found one.

Digital coupons are another deal entirely. Turns out, if you send someone a coupon to their phone, it’s going to be a lot easier to redeem it than it would be to redeem a physical one. This fact alone has brought back coupons for a glorious comeback. They’re now a popular way to get consumers to purchase good deals on your website. Use them wisely.

It’s no secret that smartphones have changed the face of E-commerce forever. The sudden influx of new consumers isn’t even the most amazing thing that smartphone shopping has brought to the table. There are also countless innovations and changes that have been made by E-commerce businesses as a reaction to smartphone influence. These changes are giving good results and any business that finds itself in the current market should consider doing the same. 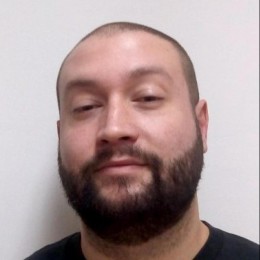 Nick Author
Nick Brown is a blogger and a marketing expert currently engaged on projects for Media Gurus, an Australian business, and marketing resource. He is an aspiring street artist and does Audio/Video editing as a hobby.