If you don’t know why your social media marketing isn’t performing as well as you would like it to, it may be because you’re not using your social media, SEO and other parts of content marketing like email and PPC together. Here are six actionable steps you can take to boost the productivity of your campaigns.

This means you can reach new audiences who are already predisposed to like what your business has to offer. Rather than starting from scratch and relying on educated guesswork, you can base your social media marketing on the the type of people who have already been shown to convert.

Segmentation means that you can send different messages to different sections of your audience. Using the information from an email list, for example – you can create a message that is more likely to speak to people who are likely to be returning customers.

Any demographic split that is important to your business can be addressed with their own targeted message. It could be based on location, age, income level – even interests. It means that your message is more likely to speak to them directly – and will make them more likely to convert.

If you put up a video advert, them you can retarget people with different messages based on their level on interaction – down to how much of the video they have watched within a percentile range. This way you can try and interest people again, or just focus on those who watched more and are likely to convert.

If your advert was focused on link clicks, you can send a different message out to people who clicked through to your website and those who didn’t. You can even exclude people from retargeting, so you can make sure that you will not be sending people a message that doesn’t match how far along the customer journey they are.

Rather than losing customers at each step of the way through a sales funnel, retargeting allows you to put people back into that funnel, People who are retargeted have already had more interactions with your company, and are more likely to convert.

Rather than having to undertake market research to see which messages will best appeal to your audience, you can split test while still marketing. Just as you can segment your audience based on demographic, you can also split your audience and put two different messages out to them.

You could put out different copy, different images – or even test the effectiveness of a video ad vs. a canvas ad, for example. You can then see which is more effective, and then when you scale your campaign, you can be sure that you have the best performing ad out in front of the most people.

On Facebook, Dynamic Ads have been introduced. You can submit multiple pieces of copy and images, and see which combination works best for your audience. One of the real benefits about taking this approach is that the social proof from all the different combinations is brought together for the winning post.

It means that you can always test to make sure that your advert is refined and providing the best return on investment.

When people use a social media platform like Facebook, they don’t always think about the various places it can be seen. If you don’t deselect certain options, then a Facebook ad will appear on mobile and desktop Facebook Feeds.

This can be great – but an advert that works well on desktop may not work well on mobile – and could not work at all on an in-app ad.

The first thing to be done is to find which platforms are providing the best results, and to advertise only on those platforms. Although the vanity metric of being seen on a number of websites and devices may show a huge reach, you will still be charged per thousand people seeing the advert – and they may not react to it at all.

It’s not recommended to post the same message on multiple platforms. Instagram, for example, uses hashtags (and in a different way than Twitter does). If you can tailor your message for the platform, you will get better results.

If you are posting on multiple platforms then you at least need to make sure that you front load your content. 90 characters is around the maximum for an in-app ad (amongst others) so you need to make sure your whole message is included within your first sentence.

By selecting your platforms and front loading – you have a better chance that people will actually read and act on your message – improving your return on investment.

This is another hint for Facebook, but it is by far the most popular social network – with six times the number of active monthly users that Twitter has. Facebook gives each ad a relevancy score based on how relevant it thinks the ad is to the people it puts it in front of.

If your advert is more likely to appeal to the audience, Facebook will charge you less to display it to them – and will also prioritise your advert against less relevant ones in the bidding process. Having a high relevance score is something that will reduce cost, and improve overall ROI.

The algorithm used to determine the relevancy score is complicated, but it does map your advert against people’s interests. Something it also does is to scan through any links that the post might have, to make sure that the message is consistent when a customer is taken through to a landing page.

By using language from that landing page that crosses over with the interests your audiences are targeting, then you can increase your relevancy score – boosting the productivity of your post. Again, this is something you can split test.

Is your social media productive?

There are many ways you can boost the productivity of your social media marketing – from having quality copy to a striking image or video that will get people’s attention. The tips above are things that you can look at that don’t involve creativity – they just involve a lot of time spent analysing data and acting on your findings.

If you look at what you are doing with your social media campaigns in the six areas above, there will hopefully be something that you can do to boost how productive campaigns are being for you.

If you are already doing everything on the list above – well done. Now is your chance to experiment, and split test. It could be that your process has become too complicated to keep track of, with too much segmentation and split testing – meaning that your sample size is too small to deliver actionable results.

If that is the case, look at the things that are working in your campaign, and then build your revised structure around them. Overall, use your common sense, put in the hard work – and you will see results. 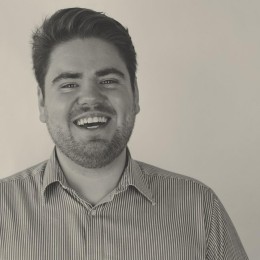 Zachary Jarvis Author
Zachary Jarvis is a Digital Marketer with one thing on his mind: Results. Uninspired by the never ending talk of ‘vanity metrics’ in the world of digital marketing, Magnate was founded - the ‘Social-First’ marketing agency. On the very rare occasion he isn’t watching Step Brothers in his spare time - you’ll find Zachary in the thick of social platforms, learning what makes us tick.