The Web evolves according to new uses that appear. And high-tech tools available to individuals. However, the high-tech toys emerged since the end of 2007 promise the development of mobility of Internet customers (that we start to call mobile users), because they have become accustomed. To surf the Internet from their mobile); in mobile telephony, with new terminal models with mobile Internet features, such as the Apple iPhone and Blackberry. Also, ultra-portable PCs like the Asus EEE PC allow to connect anywhere, and GPS to geolocate. Added to this are the development of 3G and Wi-Fi networks and the emergence of new subscription plans, particularly mobile phones, which make mobile Internet cheaper.

Also, telephony has an asset that is not found on the Web. The ability to geolocate, which promises quick navigation uses, while developed mobile phones equipped with a GPS.

Added to this is the expected 2008 launch of Google Android, a likely open operating system for mobile phones. Google is positioning itself in the niche of the mobile phone, compared to other systems already in place, such as Symbian Finnish Nokia, which equips the vast majority of smartphones, or Windows Mobile Microsoft. Google Androïd will have a touch navigation interface, which will provide access to twenty or so services, including geolocation.

Above all, it will be open to any developer who can thus enrich new functions:

Created by Franck Poisson, the former managing director of Google France, in August 2006, Webwag synchronizes on mobile its customizable homepage and allows to create its mobile widgets. To access it, just enter your mobile number on the website of Webwag, which then sends you an application to download for free.

Webwag also allows you to select the RSS feeds you want to appear on your homepage, post messages on Twitter. and access services like the weather, a task management utility, and a module of research. Also, Webwag has opened an opening service for Webwag Mobile APIs (development programs).

It must integrate messaging and other social applications, and gather all of your contacts: your phone, your Yahoo! Address book, but also your social networks (Facebook, Flickr Friendster, Hi5, Last. fm, twitter). You will be able to see if your contacts are online, read your latest posts, or upload photos. You’ll also be able to chat with AIM instant messengers, MSN Messenger and Google Talk.

On the model of Facebook News Feed, a “Pulse” feature will give you all the latest updates from your contacts, various social networks of which you are a member.

Directed by Guillaume Decugis, formerly of Musiwave, Goojet, a French start-up, will launch a service in 2008 on the niche, again, convergence web/mobile. To install it, you need to download a Java application, sent by SMS and, of course, register in advance on the website.

On this service, you can access a catalogue area, to select the modules (or Goojets) you want to access on your mobile, a window simulating your configuration, and an “events” area, a news feed on the activities of your friends, and the messages and invitations you receive. You can also create your personalized services.

There are Goojets of services such as Flickr, Facebook, or Twitter or standard services, from weather to teleconferencing, instant messaging and RSS reader. Services that the user can “send” to their mobile via an intuitive drag and drop interface. Free for now, Goojet is still looking for its business model. It could charge for premium services such as teleconferencing, or highlight third-party content, such as branding.

A real mobile social network, the JaxtR community service was launched in March 2007 by Philip Mobin and Touraj Parang. It has 10 million users in 220 countries. It allows you to comment on your favourite blogs by posting a comment or making a direct call to their author. What is the point? It is especially the possibility to be joined by people who do not know your email address and your phone numbers. After a free registration, you can send free SMS from your computer, and put a widget on your blog or in your signature mail that will allow anyone who wants to send you an SMS or contact you by phone.

Calls can be sent from anywhere in the world at the local rate, or free via the ADSL box. Best of all, your real number never appears online. The JaxtR.com website is only available in English, but the service works very well with French fixed and mobile phone numbers. The principle: Once registered on JaxtR.com, by creating your profile, you declare your phone number in your JaxtR profile, by clicking Link or Phone to receive calls from Internet users.  Once the number is entered, a voice server calls to request a verification code.

You can then choose to route all calls to your phone or only those of your declared friends. Indeed, JaxtR allows filtering calls by creating the list of friends allowed to call. The others are automatically directed to voicemail. Jax can also provide you with a local number to make free calls without your real name appearing online. To do this, JaxtR page or your blog, then click on Call me, and indicate your country and your number, then click on Get Number.

After registering, you can send free text messages via the Web, or integrate a widget (by inserting a line of code provided). On your blog or on your site, which allows your visitors to call you, from their phone, the price of a local call (so for free from a box). The widget is crucial because it allows being accessible to members of his community (friends, contacts, family) from his blog, MySpace, Facebook.

The French start-up MobiLuck, created in July 2003 by Olivier Chouraki, is a mobile social network that allows you to detect your friends who are near you, via Bluetooth. The initial idea was to develop a mobile phone client interface, based on Bluetooth, and equipped with an antivirus, to send and receive messages within a radius of a few tens of meters.

For this, you can download the software on the Internet. Since 2007, it also includes a function of geolocation, carried out on the mode declarative (you must give your consent to be geolocated, as well as your friends. MobiLuck must also propose in 2008 an open API, which will allow its members to post their location on their blog, or on any social network. The primary functions of MobiLuck are free, but the most advanced are paid – the identification of the sender of the message or the answer function (1.50 euro per month or 15 euros per year. 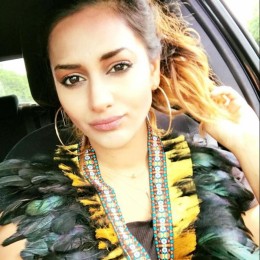 ashleybroke Author
Ashley Broke is a creative content marketing professional. She is writing since 2006, her number of articles has appeared on many blogs and sites.