There are many misconceptions and myths revolving around mobile apps that need to be set straight so you have a clear idea of how useful it is for your business and why you should have it even before you have a website. Here are a few such myths dispelled.

Majority of people use smartphones these days. An app resides on the mobile device and can be launched at any time whereas one has to open a browser and navigate to a website each time. 90% of smartphone users, according to a survey, use apps and prefer apps over websites for a variety of purposes.

A full-blown desktop application can run into a couple of gigabytes whereas mobile apps are compact, just a few megabytes and this has spawned a misconception that by being compact, apps have limited functionality. It must be kept in mind that this is the very nature of apps: be focused on specifics and deliver a delightful user experience as any mobile app development firm will tell you. In fact, it is advisable to launch separate apps, each one highlighting just one or a couple of functions if one needs to satisfy and retain users.

Apps are Kludgy, Expensive and Difficult to Develop

Apps have gained a bad rep due to the haste with which they were put together. The issue with apps is that they must work across a variety of devices with various screen resolutions and sizes as well as operating systems in several iterations. It pays to pick experts in mobile app development solutions who make use of reusable codes to come up with apps speedily that work flawlessly on specified platforms such as iOS, Android or Windows or work as a hybrid solution. Creating apps means first addressing user perceived goals and then making use of interface design, coding and back-end integration followed by extensive beta testing to iron out kinks.

I Do Not Need an Apps

If you have a website you will say “I do not need an app” which is where you are wrong. Apps do more than just provide functions. It is possible to include features in the background that will track user behaviours, give you his location and other data that can be simply priceless. Besides, you can include a call to action such as tap to a phone, which may not be possible in websites. This ease of use is what users like and it is possible to push deals and offers from time to time in the form of notifications that are noticed and read.

One App is Sufficient

It is not. You can cram a lot of content into a website but it does not work for mobile apps. The best apps from the best mobile app development firms are compact, focus only on a couple of functionalities and give absolute user satisfaction. It is recommended to have various apps to fulfil various functions and not think of saving costs.

Apps are About Coding

A code is but one part of the app. The user interface matters a great deal too in satisfying users. If interface and design are important so are error-free operations and understanding of the app development by the developers keeping in mind the user expectations.

Develop Once and Deploy

This can never be assumed for apps because technologies evolve and so do user behaviours and expectations as well as competition. Developers of mobile apps rely on the feedback of users to upgrade apps and remove bugs so if you think of an app, pick an app developer who will stay by your side to keep it always upgraded and fresh.

There are plenty of other myths that revolve around apps but the above should give you a clearer idea about the truth behind apps. 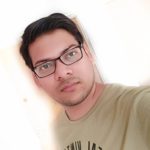 Ashok Pandit Author
Ashok pandit is a digital marketing geek whose prior motive to learn new things and like to share the knowledge on different platforms. You can connect on twitter with him.