So, what makes it so popular?

Firstly, it is an object-oriented language that supports security and scalability. It is also the number one choice when it comes to developing enterprise level applications.

From the inception of Java from 1995, it has come along a long way. Every year we see tons of changes, making it an ideal choice for developing applications. Last year, it also went through a lot of changes including the launch of Java EE 8.

To make sure that you keep yourself top-notch as a Java developer, we will go through the top Java tools to watch out in 2018. Development is always a never-ending learning process, and that’s why you need to always learn about new tools. Let’s get started.

NetBeans is a free to use open-source IDE. It is a great IDE and can be used for end-to-end development. Not only that, you can create applications for mobile, web and desktop.

NetBeans is regularly updated with new features and bug fixes. The selling point of NetBeans is the fact that it supports all the Java technologies straight out of the box. Writing code in NetBeans is also a pleasant experience as it provides great project management features. The interface is also great to look at!

There is a lot of Java testing framework, but JUnit is undoubtedly one of the best out there when it comes to testing. Just like NetBeans, JUnit is also open-source. It lets you build your application in a test-driven environment. It is primarily used for unit testing and hence great for validating small lines of code.

The key features of JUnit include easy data creation and testing using fake objects. Other than that, you can also load the database with specific data sets. Overall, a great Java framework that supports agile methodology.

Eclipse is yet another modern IDE that you should take note in the year 2018. Eclipse is not new and is already used by thousands of Java developers. With Eclipse, you can create your projects seamlessly, thanks to its great interface and the plugin ecosystem that it offers.

Eclipse is also constantly updated with a focus to improve performance and bug fixes. It also provides the best tooling for Java projects. That means you can customize your Eclipse IDE according to your requirement.

Another key feature that is worth mentioning is the Model Driven Development that lets you develop an application using model techniques. That’s why Eclipse is a great choice for Java development company as it is organized and help them maintain multiple projects at the same time.

Performance has always been a hot topic among Java developers. JRat, a Java Runtime Analysis toolkit, let you do just that. With the tool, you can easily measure your application performance in real time. It is also open source.

Some of the key features of JRat includes remote view, file transfer, system files modification, screenshot creation and so on.

Clover is a code coverage tool that lets you create unit tests from the reports itself. It is open source and works as a plugin for popular tools such as Eclipse, Maven or Ant. Clover, in general, is easy to use and setup. Also, you can do full coverage and run tests as you want to. Also, you don’t need to worry about metrics as it covers the important ones.

Find Bugs is a static analysis tool for Java. As you might have guessed it, FindBugs is also open source just like all the other listed tools. The tool is a must-use from the fact that it can be used to uncover bugs at all stages of the project. It also helps you uncover bugs while writing code.

FindBugs is extremely accurate when finding bugs. It also has support for other tools and libraries.

Today, we listed the top Java tools that every Java software developer should try out in 2018. The list is in no way complete, and we ask you, readers, to come forward and share the tools that you think should make a list. 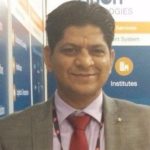