A customized and feature-rich mobile app has become a norm for promoting and expanding the business. But, as the competition intensifies, you need to come up with a futuristic or future-ready app to stay ahead of the curve. There, emerging technologies like AR (Augmented Reality), VR (Virtual Reality), and AI (Artificial Intelligence) come in picture.

This blog talks on the emerging trends of mobile app development services that are going to rule in the year 2019 and beyond.

#1 Mainstreaming of AR and VR

The AR (Augmented Reality) and VR (Virtual Reality) technologies are not limited to mobile games, especially after 2016. Yes, you get it right. Pokemon Go has written the success story with millions of downloads. The businesses have found many opportunities in AR-based mobile apps and this trend will be mainstreamed in the coming time.

Social media giants like Instagram and Snapchat have implemented the AR concept in a way that the user engagement increases manifolds and that reflects in the app’s surging popularity.

It is fair to mention that both AR and VR technologies benefit business irrespective of sectors. Education, retail, manufacturing, and other industry sectors can also take advantage of these futuristic technologies through a tailored mobile app development solution.

Statista has predicted that the global market of AR and VR will shoot up to around $209 billion in 2022. This expectation is sufficient to show the importance of both these technologies.

The IoT concept does not need any introduction. Many companies have started gaining benefits of this revolutionary concept through bringing automation and convenience at the workplace. In the coming years, it is obvious that the concept will gain ground worldwide. With this, we can expect that the mobile app development company will also integrate IoT app development in the array of its services.

The only requirement for IoT application development is there should be at least one professional who has a deep insight into this concept.

Though various industry sectors can take advantage of the IoT concept, sectors like education and healthcare will remain the biggest beneficiaries of this technology. You can hire mobile app developers from an IoT app development company to leverage all the benefits of IoT. In the coming years, we will have more and more IoT-based apps.

Well, Artificial Intelligence (AI) and machine learning are not new terms in the technology and business domain. AI can simplify the complex business processes along with machine learning. What’s more, it can gather and classify critical information, which can remain helpful for making real-time decisions. The valuable corporate data and real-time analytics are another outcomes of AI and ML combination.

The Internation Data Corporation has anticipated that the AI industry will rise up to $40 billion by the end of 2020. AI-based mobile apps will play a significant role in achieving this benchmark.

We will witness the next level of both AI and ML in the year 2019 as their advancements will become a part of many corporate apps.

Instant Apps have gained popularity since their advent in the year 2016. The reason is simple- Instant apps do not require installation and they are convenient for all the users with a smaller size. Such apps can be accessed on even a basic smartphone with limited memory. Users can readily share them as well.

Such apps can save time and data for the users. Instant Apps is a unique concept that aimed at offering a seamlessly-working app without consuming more data to users.

The New York Times, Buzzfeed, Red Bull TV, are a few of the examples of popular instant apps. Chances are bright that just like Google, the Cupertino company Apple will also promote instant apps, and both the platforms will have a flood of instant apps in the coming time.

It is easy to conduct transactions without taking help of any third-party with the help of Blockchain technology. In the coming time, we may witness that even healthcare sector will also come forward to leverage this excellent technology through a robust mobile app.

Wearable devices are in vogue. As per the report of Business Intelligence, the wearable market is expected to increase by about 35 percent by 2019. Apart from smartwatches and fitness trackers, we may come across other wearables in the near future.

Now, wearable apps will monitor your daily activities and record vital parameters like heart rate, cholesterol level, etc. Both Android and iOS platforms are capable of handling apps for wearable devices. Software and hardware of the smartphone have all necessary features to integrate wearable devices. Cameras, gyroscope, accelerometer, and other sensors help mobile apps to collect the user’s data.

From workouts to exercise and more- the next-gen wearable apps will perform many activities for the users. It is interesting to see how wearable mobile apps will touch various aspects of our life.

Well, here we conclude the blog. It does not mean that the app developers will keep an eye on these factors only. But, it is certain that these trends are among the most influential ones in the coming years.

As a leading mobile app development company, our developers can integrate the technological advancements of futuristic technologies for building innovative and interactive apps. Your business can get a customized and cost-effective app solution. 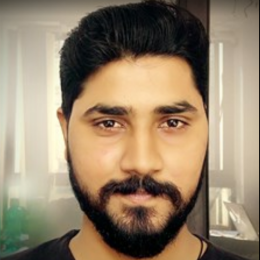