If you are running a business online and you are not improving customer engagement with a mobile app, I will tell you straight in the face you are doing yourself a great injustice. The way companies strategize their outreach to prospects has changed moving from websites to mobile apps. This has triggered the rush for mobile app development.

The number of smartphone users is expected to reach a whopping 2.5 billion. There will be unprecedented growth for businesses that use mobile apps to expand their reach. Of all the mobile apps platforms used today Android remains the most popular and widely used. This presents a great opportunity for both small scale and enterprises to reach their audiences fast and effectively through a single app. If you want to expand your venture to a wider user base, then android app development is the way to go. However, to properly develop Android apps you need effective tools and frameworks. So, here are 5 frameworks used for Android app development.

If you want to see changes in your Android application development as you build the PhoneGap app framework is your framework of choice. Moreover, as a cross-platform Android development framework, it allows developers to work in Javascript, HTML5, and CSS. `Therefore, if you are a professional web developer, your skills will also apply in mobile app development using PhoneGap. This framework is perfect for developers wanting to build hybrid apps. Apps built using this framework performs better and doesn’t place limitations on the hardware. To make it work even better, you can install plugins associated with it.

Launched by the social media giant Facebook, React Native is another cross-platform Android app development framework that is immensely popular. It was created in 2013 and immediately won the hearts of many developers by bringing together the benefits of Native and hybrid mobile app development. Mobile apps created by this framework are rich in UI/UX. It’s the preferred mobile app development framework by Airbnb, Instagram, Walmart, Tesla, and other big players. Using JavaScript, developers can create high performing and user-friendly Android apps.

What is amazing about this mobile development framework is its unannounced launch that has already conquered the spirits of many mobile app developers. It’s a unique uses a 2D rendering engine popularly known as Skia to create astonishing visuals. One of the benefits of using this framework is its simplicity in testing it offers by allowing app testers to continue working without restart projects when errors occur. This does not only saves time when testing apps but also allows developers to sleep easy while developing mobile apps. Another benefit of Flutter is backing it enjoys from Google which strengthens its reputation since Google is so choosy and focuses on user-friendly digital products. Developers can build cross-platform apps for iOS and Android using a language program called Dart.

This framework comes second to Java as an official development language but compared to Java, it doesn’t have a steep learning curve. Developers using Kotlin don’t require great knowledge of code and newbies can comfortably use it too. Although the support community of Kotlin is small, it is rapidly growing at an alarming rate. Using Kotlin is beneficial since it is interoperable with Java. Since Kotlin also uses the JVM, codes in Kotlin can execute as Java code. The framework facilitates smooth Android app development for beginners.

This widely used framework is freely available. Ionic also a client-based framework used for developing native apps using HTML, CSS3, and JavaScript. The framework establishes a firm foundation and supports the latest mobile devices before they are launched. Hybrid apps are facilitated by HTML5 elements also facilitate hybrid apps. This is one of the best assets for developing Progressive Web Apps which are gaining much traction lately. It also works seamlessly with a powerful SDK such as Angular and frameworks like Cordova and PhoneGap.

This bonus framework that I thought was worth mentioning. It can deliver 10-times faster mobile app development due to its backend framework that relies entirely on Lua, which is a lightweight multi-paradigm language built for speed, portability, and ease of use.

My bonus framework is Xamarin which was founded by the creators of Mono, an Ecma standard-compliant, .NET Framework-compatible set of tools. The framework provides a single C# codebase for developers used to produce native apps for all major mobile operating systems. Unlike the other app development frameworks,  Xamarin is used by over 1.4 million developers worldwide. It has a Visual Studio feature that incorporates Microsoft Visual Studio and all its advanced features. With  Xamarin Test Cloud, app developers can instantly test apps on 2,000 real devices in the cloud. This eliminates heavy fragmentation of the Android ecosystem and creates secure apps that work without major issues.

If you want to develop powerful Android apps that work without technical hitches, you need the best Android frameworks There are numerous mobile development apps and these are just one of them that will guarantee you the best mobile cross-platform apps. Therefore, if you want to use internally, the right combination of technologies and the latest mobile app development frameworks and you are not proficient with code, it is better to have an expert on sight to help you with coding. If your apps are not well coded, they end up misbehaving and this is not good for your reputation as a mobile app developer. 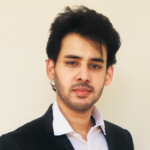 NamanModi12 Author
Hello! I'm Naman Modi, An Award-Winning Freelancer & Web Entrepreneur helping new customers launch their first successful online business. I love minimalism and I create stunning websites. Feel free to contact me for any projects you might have in mind.