The Android OS has been mainly designed for touchscreen mobile gadgets like tablet computers and smartphones. Developed by Android, Inc. initially and backed by Google financially, Android was introduced in 2007 when the Open Handset Alliance was founded. It happens to be a consortium of software, telecommunication, and hardware companies that focuses on developing open standards for mobile gadgets.

Android is considered the buzzword for technology, and it holds a market share of approximately 40% across different gadgets globally.

Compared to Blackberry and iOS, Android happens to be an open-source platform enabling you to create customized apps. Moreover, the tools required for their development are available free of cost, and you need not purchase any extensive developer phone.

In the subsequent paragraphs, we have highlighted the top 10 tools for Android app development.

The Android SDK (Software Development Kit) offers developer tools and API libraries for creating, testing, and debugging applications for the Android platform. It happens to be amongst the most well-known SDKs utilized for Android.

If you hire Android app developers, they will be capable of downloading the ADT Bundle for creating apps quickly. It consists of the vital Android SDK components and an Eclipse IDE version along with an inbuilt ADT for simplifying the process of Android application development. In addition, the ADT bundle comprises some important components, which have been mentioned below.

This happens to be a toolset that enables Android programmers to implement portions of the application by using native-code languages like C and C++. NDK will assist the developers, given that they will be able to reuse any existing code library written in one of these languages. Here, the most important thing to consider is that NDK will not be useful for most apps.

The programmer must balance its profits over the drawbacks since although the native code might not enhance performance at all times, it usually increases complexity. Therefore, it will be feasible to use NDK only if it is vital for your application and not because you prefer programming in C or C++.

HAC (Hypernext Android Creator) happens to be a simple-to-use application system that enables virtually anybody to create Android applications. Therefore, mobile applications developed on this tool will be enjoying adequate support on an extensive range of gadgets.

HAC operations are based on HyperCard, which treats applications in the form of a stack of cards. As a result, it is appropriate for mobile phone apps that enable single window operation. In addition, HAC uses a programming language known as HyperNext, and it is much similar to English, thus making it simple to learn and implement.

This particular Android app development services tool provides a remarkable ability to the community developers to create top-quality native, web, mobile, or hybrid apps for all the platforms by using JavaScript from a single code base. Furthermore, with more than 6,000 APIs, this tool helps you provide a fantastic UX at a small fraction of the time, unlike the conventional native platforms.

Even though this tool comes with some downsides such as UX issues, complicity issues, and flexibility restrictions, it nevertheless holds the first spot for Android and other well-known cross-platform application development.

Android Studio is always at the top of the popular tools for the developers out there. Google created it in the year 2013. It succeeded in replacing Eclipse ADT (Android Development Tools) as the main IDE for native Android application development.

Android Studio offers various innovative features such as debugging, testing tools, and code editing within a simple-to-use drag-and-drop interface. You can download it free of cost, and apart from Google, many actively engaged communities of developers are known to support it.

This happens to be the development platform behind the mobile application of Twitter. It provides the developers with the ability to create top-quality mobile applications by offering them a collection of kits for them to pick from. These kits consist of everything from marketing to beta-testing tools.

Google purchased Fabric in the year 2010 from Twitter. Some of the most well-known companies, including Spotify, Uber, Groupon, Square, and Yelp, use Fabric to create their mobile apps.

Genymotion is one more Android emulator that enables developers to test and preview an app on more than 2,500 device scenarios. This tool is quite well-known amongst gaming developers since it features inbuilt standard Android images that are extremely beneficial in the testing procedure. It likewise offers higher speed as compared to testing an application on an Android device. Furthermore, being a cross-platform development tool, Genymotion supports lots of different environments and programming languages.

Google endorsed Gradle in 2013 as a build system for Android applications. Based on Apache Ant plus Apache Maven, Gradle happens to be amongst the most in-demand development tools for developing large-scale apps that involve Java. Moreover, programmers prefer using Gradle and Android Studio since it is quite simple to add external libraries using one code line.

This particular Android app development tool is being used by some reputed names in the world of technology at present, including PayPal, Yahoo, Mashable, and BuzzFeed, for reporting bugs and beta testing. Instabug enables user groups and beta testers to share detailed error logs and screenshots with the programmers during the debugging and QA process.

It will be possible to register for a free trial of this tool, and then it will be custom priced according to the number of applications, team members plus the length of the project engagement.

You will come across literarily 100s of other beneficial Android app development tools apart from the ones mentioned in the above article. Each programmer has his personal preference regarding what environments and tools they will be working with, depending on the specific app developed by them. With the increasing demand for Android apps, the number of solutions and platforms that aid in saving time for the developers and producing top-notch applications will be increasing as well. 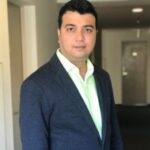 Rahul Panchal Author
Rahul Panchal is the Founder and Managing Director of Rlogical Techsoft Pvt. Ltd., and he has been a technopreneur for the past 11+ years. He is well-known for solving several complex business issues with the right strategies and thought processes. His company, Rlogical, has completed and delivered projects successfully and hopes to keep doing so for years to come.