Considering that the Internet of Things (IoT) is relatively young—with the term coined only in 1999, it is justifiably surrounded with both hype and scepticism.

IoT’s brief history reveals that it wasn’t until four years ago that the world witnessed breakthrough development in IoT. It was in 2013 that the concept started evolving into a system that uses multiple technologies that range from the internet to wireless communication and from micro-electromechanical systems to embedded systems.

The vision of IoT can be summarized by a quote from 1999 MIT Executive Director of Auto-ID Labs, Kevin Ashton, “If we had computers that knew everything there was to know about things, using data they gathered without any help from us, we would be able to track and count everything and greatly reduce waste, loss and cost.”

Indeed, IoT envisions a totally interconnected world. In this world, devices are manufactured with “smart” capabilities that enable them to communicate and interact with other devices; collect, store, and exchange data; make autonomous decisions that correspond to those data; and perform tasks based on preset conditions.

Real world applications of IoT tend to sound like it’s plucked from science-fiction, but they are as real as it can get. By now, there is a plethora of smart devices making waves in the market. To name a few we have:

Understandably, the tech world is abuzz in discourse over the seemingly limitless potential applications of IoT and the various questions on the viability of the technology.

In the excitement over this discourse, facts are often muddled with misconceptions. Although not entirely baseless, these misconstrued arguments could use a little clarification.

In an attempt to clear the waters, here is a rundown on the common misconceptions surrounding the Internet of Things.

IoT will connect all devices

Connecting all devices is the dream. The truth of the matter, however, is that IoT devices typically only work with other devices from the same vendor. Meaning, IoT devices will only connect, collect, and exchange data and interact with other devices that come from the same vendor. Coming up with an overarching IoT standard is highly challenging considering today’s IoT politics.

The situation is comparable to how Apple insists on having their own charger type instead of joining other smart phone manufacturers in allowing a universal standard charger. By doing this, Apple ensures that the get all the profit from iPhone charger cables.

These standards are built on existing standards such as the 802.15.4 wireless protocol, embedded control protocols, and the IPv6 communication protocol. However, even though they provide a certain level of compatibility between devices, it is the vendor’s discretion whether to allow data or control to be shared using these protocols.

IoT is a Security Threat

The truth is that any device with internet connection is a security threat. Personal computers and smartphones entail serious privacy and cybersecurity risks.

IoT magnifies these threats. But as computers and any connected devices have solutions to those threats, so do IoT devices.

There is where the irony lies. Because the threat in IoT is undeniable, manufacturers, standards organizations, and policy-makers are all working to continuously make the systems more secure.

In fact, solutions such as incorporating hardware-based security support have already surfaced. Furthermore, security experts are already developing methods to protect embedded processors, which are expected to cripple attackers from intercepting data or compromising networked systems.

And because full system level security and optimization are necessary to provide a truly secure IoT environment, new security protocols are also on the way to ensure end-to-end encryption.

IoT devices and environments can be made more reliable if developers take extra care when implementing, deploying, and maintaining the software. Like most software, security will come down to the preliminary design requirements and carry on through the implementation and long-term support.

Undeniably, IoT has several aspects of M2M. However, the two are not synonymous. The core commonality between them is that they both feature remote access to machine data and both exchange information among machines without human intervention.

However, IoT ups the game by integrating device and sensor data with big data, analytics, and other enterprise applications which M2M rarely does.

Moreover, Iot and M2M differ in in how they achieve remote device access. M2M relies on point-to-point communications with the use of embedded hardware components that communicate through a proprietary cellular or wired network to a dedicated software application.

In contrast, IoT solutions rely on standards-based IP networks to interface device data to a cloud or middleware platform. More importantly, the communicated data are incorporated into enterprise applications to enable only improved service and operational improvement.

It is M2M’s reliance on these hard-wired connections and SIM card installations that led to the solution being referred to as “plumbing,” whereas IoT is dubbed as a universal enabler because it is cloud-based.

Indeed, the Internet of Things heralds a new level of connectivity. While connecting devices is a primary feature behind IoT connectivity, simply connecting products is not its true business value.

More importantly, the significance of IoT lies in how the data gathered through this connectivity is leveraged. The intelligence gleaned from data analytics allows companies to develop and enhance their strategies, improve customer experience, and optimize businesses processes and products.

As with any new technological innovations, it raises scepticism and many legitimate questions including misconceptions above. While they are valid to a certain degree, it is good to note that the technology continues to develop.

Soon enough, these misconceptions will no longer be relevant with new solutions surfacing to addresses them. Other issues may arise, but remember, technology never stands still. 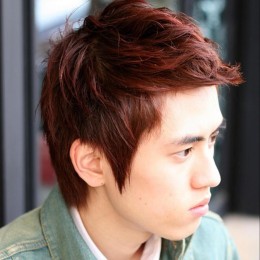 OscarCruz Author
Oscar is known to be a man of few words. But when it comes to SMS Marketing, he'll talk about it all day and night. With his undying passion and dedication, he aims to bring Semaphore to bigger industries and larger platforms.