Having a business and running it the traditional way is no longer enough. When small shops and mini restaurants ensure that their businesses are available on the relevant business apps, you should think about it too. And when you contemplate developing an app for your business, the first question that comes to the mind is whether you should have an android app or an iOS app or have an app that is available on both platforms.

We are a mobile app development company and most of our clients ask us this one question without fail. Many businesses tend to go with iOS app development for a variety of reasons and we have enlisted the most prominent ones in this blog; read on to learn more.

Starting with iOS – the preferred choice for most businesses

SO, why is it that most businesses launch in iOS first? What is it that makes iOS the better choice? The answer lies in the fact that iOS is way easier to target than Android. Android being open source, there are many versions of the OS that have been customized for various smart phones and the developer has to contend with multiple versions and devices and thus targeting is a bit difficult. Apple however has control over the hardware and software and when you create an app for a version of iOS, it will most likely be supported on multiple devices.

Tapping in on customer loyalty

Apple has an extremely loyal customer base and you can tap into this if you choose to publish your app in the AppStore. Given Apple’s stringent quality policy, it will be easy to get users to give your app a chance and see it for its quality. Not only that, iOS users are more likely to pay for your app and thus it is a better revenue generation opportunity.

The average in-app user purchase per user is about over a dollar for iOS while it is around 40 cents for Android users and this is indicative of the revenue generating capabilities of the platform. As a mobile app development company, we recommend that you begin with iOS; it is very much okay to have your app on just one platform!

User Experience – iOS rules the roost in this area

Providing a smooth and hassle-free user experience is very important for your mobile app’s success. Whether it is app speed, UI flows and design or easy app development, iOS is the go to platform. The best games land on the iOS first and sometimes don’t even release on Android.

This is because of the quality as well as the revenue generation capabilities. Games are heavily reliant on user experience and great UI and iOS seems to be choice of most game developers and this we feel is a point definitely in favour of iOS.

Thinking of releasing your app in both the platforms?

While this is most certainly not a bad idea, we would reiterate that you should release your app in one platform first and then follow with the other. If you are worried about writing too much code and the development costs for working on both platforms, you should be aware that there are many toolkits that have cross-platform capabilities.

This simply means that you can limit the amount of code that needs to be written for both the platforms separately with such toolkits. But remember that you still need a lot of native functionality in each platform.

We’ve dabbled in iOS application development for a long while now and we believe that it is indeed the right step to take for your business’ mobile app. With its great app quality, loyal user base, revenue generation capabilities and fluid UX, iOS is the better option over Android to begin with. 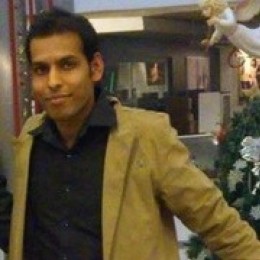 Pranay Agrawal Author
Pranay Agrawal is an entrepreneur, tech-enthusiast and the co-founder of MobileCoderz Technologies. He has helped many start-up's build and execute their mobile strategies and has helped companies storm the mobile app market and revolutionize their business. Pranay Agrawal occasionally dabbles in writing about technology, strategies for mobile app development and latest trends that are ruling the tech industry.