During the recent ‘The Future of Gaming’ event held on June 11, Sony revealed their next-generation console; the Sony PlayStation 5. Sadly, Sony did not disclose the release date or the launch price. However, it is rumoured that late 2020 will be the possible release period.

In what was a surprise reveal, Sony announced two versions of the console; the regular PS5 and the Digital Edition. The regular one comes with an optical drive while the all-digital version has none. Honestly, there are mixed reactions to this decision.

Renown tech YouTuber MKBHD, says that the all-digital version makes sense for people with stable high-speed internet connectivity since you can download games straight to the hard drive. The regular version, on the other hand, will appeal to people who value the collection of physical game discs. These could also be people who have poor internet connectivity or intend to use the console as their sole Blu-ray player.

The new console will come with a massive upgrade from the last one; the PS4. For starters, it will come with a solid-state (SSD) and not the regular hard drive. This will allow developers to come up with new games packed with loads of features without worrying if the console will crash. It will also significantly reduce the loading time for games.

AMD has been given the task of making the CPU, an 8-core (3.5GHz) Zen 2-based CPU to be exact. It will also feature a custom RDNA 2 10.28 teraflop variable-frequency GPU and 16 Gigabytes of GDDR6 RAM. These will improve the visuals and also enhance ray tracing for a more realistic lighting effect.

The console will have backward compatibility allowing it to play PS4 games. It is also rumored that it might have a voice assistant to help you keep track of the gaming levels.

Sony’s earlier revealed DualSense PS5 controller will be the main choice for the PlayStation 5. It comes with impressive features including haptic feedback, a built-in mic, and adaptive triggers. The controller looks so space age with white and black color schemes.

What we know is that the regular version will come with a 4K Blu-ray player, a feature that might make it more expensive than the all-digital version. To add, the digital edition looks slimmer and more futuristic which will appeal to a certain category of people.

Despite these, there are no other differences between the two consoles. Both will come with USB-A and USB-C ports meaning they will support old peripherals. During the release, there will be the white version for both models but special editions will come with more customization features. Indeed, white does not age gracefully and it will be a welcome idea to have other nicer colors that will keep the console looking new for years.

During the event, a number of games were announced to be compatible with the new console. These include Gran Turismo 7, Resident Evil 8: Village, Hitman 3, Marvel’s Spiderman: Miles Morales, and NBA 2K21.

The console will feature a legacy mode that will allow developers to create PS4 games that are compatible with the PlayStation 5 without losing any functionalities. Since the PS5 has better specs, these games will run enhanced graphics and better performance.

Sony also announced that a list of the ‘top 100’ PS4 games will be supported by the next-generation console. Other games will be patched at later dates. However, it is not known if the PlayStation 5 will have a ‘smart delivery’ system similar to the Xbox Series X – this allows gamers free upgrades to next-generation game titles thus, saving them money.

The console will have the capability to run games using Unreal Engine 5; a sophisticated real-time 3D software platform. This truly demonstrates the hardware’s capability. The best part about Unreal Engine 5 is the ability to vividly display lighting and shadows.

The Unreal Engine 5 on the PlayStation 5 will make it possible for developers to give existing game titles next-generation graphic upgrades. Fortnite is rumored to be one of the games that will use the power of the Unreal Engine 5.

Key Details about the PlayStation 5

The games for the PlayStation 5 can be optimized to run smoothly on all devices. Hence, all users will have similar experiences. This is not the case with games developed for PC gamers; each gamer has different specs thus, giving every person a unique user experience. 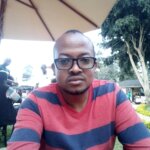 Kevin Kimani Author
Kevin is a freelance tech writer and blogger. He loves to share his knowledge of complex topics in an easy-to-digest language. When he is not writing, Kevin spends time with his two lovely daughters. He also loves cooking, traveling, and working out.