Which language do you think is more secure and robust? Undoubtedly, PHP and Java have been top choices for programmers when it comes to web application development. But the whole debate runs around PHP vs Java in terms of security vulnerabilities. Being the most popular language for open source web applications, Java has earned a much better security reputation in comparison to PHP.

This piece of blog discusses various security vulnerabilities for these web programming languages. Lets’ together check and examine who scores a better reputation for web application security?

To understand more, we got some abstract for you.

Supposedly, we have eleven open source web applications programmed in Java and fourteen applications written in PHP language. Next, what? We analyzed CVD for two revisions of each of the projects, one is the 2006 version and the other is the 2008 version.

CVD values are higher for the aggregate PHP code comparative to Java code. Additionally, PHP gives a better rate of improvement, with a significant fall from 6.25 to 2.36 vulnerabilities/KLOC compared to 1.15 to 0.63 in Java code. Originally, these stats changes occurred due to code size increase in both the web programming languages.

However, there was a decrease in vulnerabilities in PHP.

This variation showed between different versions of projects was larger than the variation between languages, ranging from 0.52 to 14.39 for Java and 0.03 to 121.36 in PHP for 2006. Thereby, certain security and software metrics came into effect just to examine the sources of difference between projects.

PHP vs Java | Is Java more secure than PHP?

One of the major debate topics focuses on whether Java is reliable and secure for web application development or not. Yes, we are talking about web application security that varies from domain to domain. PHP vs Python, Java vs PHP, .Net vs Java, Kotlin vs Java, will always be a topic of debate. Which programming language is better, the list won’t stop.

Whatever you choose, there are always two bands of software engineers that argue over the superiority of one language over the other. Among all the popular programming languages, there is always a trending discussion over PHP vs Java when it comes to application security.

Significantly, data is what all matters and is thought to be digitized in every programming world. Getting the project completed is not just the objective of hiring skilled and experienced software developers. Empowering security tools to create a secure solution is what needs to be focused most.

So, we need to forecast the differences over Java vs PHP. One in all, Java is the safest among programming languages as it leverages tools for empowering security. However, you might get difficulties in dealing with low-level programming styles.

Moreover, if you want to protect your PC, Java might not permit you to execute several functionalities. So, it is used for high-level apps. This bases the fact that PHP-based apps use shared hosting while Java-based require dedicated hosting.

What do you think about web application security?

Commonly, every programmer gets a thought, why Java is leading over other languages like PHP? Taking security into account, we go with Java as it offers a robust security model that forms the key architectural feature for creating enterprise-level applications.

The complete security model protects and aids users from hostile programs downloaded from some unreliable source. Consequently, the user stays protected from activities through unreliable resources and lets the Java programs execute inside the secure layer only.

The last thing to focus

You need to contact a skilled team of developers, designers, marketers, business analysts, and project managers. In short and simple words, you have to hunt for a web development company that enforces a strong work architecture, leads an effective team collaboration, and develops robust solutions using PHP and Java keeping in mind about security vulnerabilities. 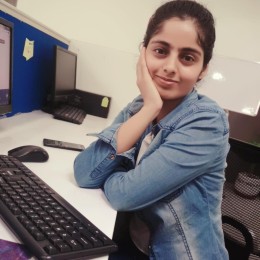 Aishwarya Varshney Author
Aishwarya Varshney is a Technical Writer and SEO Executive at iByte Infomatics. Holding a 3 year of marketing experience, she loves researching and writing on trending topics, be it technical or non-technical. "There’s always a life on your mind", she believes.