The arrival of the coronavirus pandemic has indeed created havoc in the world, but it has also forced business owners to figure out a better and faster way of providing services without much human interaction. Thus, both small and large enterprises are engaged in harnessing the potential of technology.

In such circumstances, the Internet & Mobile devices are major tools that are helping businesses to achieve seamless, faster, autonomous, and innovative communication with consumers from all around the world.

With the only instinct of survival, organizations are embracing mobile apps, websites, chatbots, and many different software solutions that can keep their customers engaged. But! For most businesses, it is hard to make a choice from Native, Hybrid, and Web apps on a limited budget.

Why Do Businesses Need Mobile Apps?

Actually, the mobile application is the most used tool among people of every age in this age. And! The following statistics show how critical it is to develop a mobile app for organizations to boost revenue generation & survive the shaking grounds.

Apart from these, millennial, and Gen-Z have their own share of time spent on mobile apps. So, clearly, this is the time of consumer acquisition on the internet and mobile. And! Mobile apps can turn out really effective in this endeavor.

But! Mobile users are scattered over Android, iOS, and many other different platforms. Ensuring consumer acquisition over all these platforms can be a bit tricky. Thus, the question arises which one is best to develop: Native App, Hybrid App, Or Web App. Let’s find the answer.

Native Vs. Hybrid Vs. Web App: Which One Is Best For Customer Acquisition?

When it comes to acquiring a large customer base and creating an app that can lure the heart of your target audience with a flawless experience, it is hard to decide which can be the best from native, hybrid, and web apps.

And! While you are thinking out loud to pick one of these to develop a mobile app for your business, it can be hectic if you don’t know the science behind them. And when you go forward in your endeavor, you may not be told the exact difference by a native app development company. Thus, you need to understand it beforehand. So, let’s break down the concept of native vs. hybrid vs. web apps.

What Is A Native Mobile App?

Native apps are the most frequent and primitive choice when it comes to mobile app development. Don’t you think of creating an Android app or iOS app? Do you know that in tech, we call them native apps?

Actually, native apps are software programs written to be run on a single platform, either iOS or Android. While creating native software, developers create a codebase specific to the platform, such as Android apps written in Java Or Kotlin.

What Is A Hybrid Mobile App?

The hybrid application concept is in infancy and less popular than native app development. While it includes the attribute of both native and web applications, businesses aren’t aware that they can adopt hybrid apps to achieve two goals with a single application.

Actually, hybrid apps are software solutions that can run on multiple platforms, viz: Windows, iOS, and Android. In hybrid apps development, developers write a single code base that runs on almost every platform.

In hybrid app development, technologies like React Native, Flutter, and Ionic are used, which allows developers to code the app in HTML, CSS, and JavaScript. It means the application can be deployed on the web, Android, and iOS.

What Is A Web App?

Web apps are not like either hybrid or native apps at all. They are basically websites that provide an experience like a mobile app. You write these websites in HTML and JavaScript, and they run on the browser.

So, that was the basic concept of native, hybrid, and web apps. Now, let’s look at major aspects that make them different from each other.

Native Vs. Hybrid Vs. Web App: An In-Depth Comparison

The battle of native vs. hybrid vs. web app is never-ending as every day new enhancements are being made. But! For now, Hybrid apps are leading the game.

While it completely depends on what your purpose is to create an app. If your business is simple and the app doesn’t need to have complex features, going with a web app is best and cost-effective. With a little more features and a large data set, you can pick up hybrid app development.

But for higher security and complex features, native app development is a must. So, pick wisely.

Native, web, and hybrid app development have their own set of perks and demerits. While choosing any of these practices, you need to retain your focus on business needs. While choosing, you can consider the following aspects.

If you are in a great hurry to launch a solution that can help your brand to reach out to a target audience on the web, hire remote web app developers from an outsourcing company, as they ensure to achieve the best quality app development. 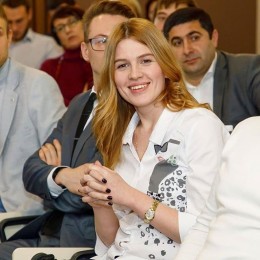 Shifa Martin Author
Shifa Martin is a technical expert, a passionate writer, who is working with ValueCoders- a software development company for nearly 13 years. She holds in-depth knowledge of IT outsourcing services and custom application development.