Bitlumens is a Swiss company that has developed an interesting idea to help generate clean renewable energy, while also tackling poverty. Their technology uses elements of Internet of Things (IoT) technology, and the Blockchain Technology that is the powerful code behind cryptocurrency. By using their small solar energy generating system, anyone anywhere in the world with access to direct sunlight can begin to generate electricity they can then use.

How Can This Help People?

By supplying people in some of the most remote and energy deprived parts of the world with clean, cheap energy, they give them the opportunity to enrich their own lives with extra productivity. Some of our simplest domestic machines that use electricity are actually our greatest liberators, saving us time and reducing our chores so that we can concentrate on being productive. By bringing the poorest parts of the world energy, they can enjoy those same freedoms, and with them comes prosperity.

How Does this System Work?

Bitlumens’ business model relies on leasing their Solar Home System to people in the most destitute and rural areas. The systems come in different sizes but all have the same basic features, energy generating solar panels, a Lithium Ferro-phosphate battery for power storage, and connections for appliances, such as USB and regular power outlets as well as specific connectors for irrigation systems.

How is it Paid For?

Bitlumens will lease the equipment to the consumers and will receive payment in BLS tokens, similar to a cryptocurrency like bitcoin. These are bought with cash from local Bitlumen agents, who monitor power production and the leased equipment. Very quickly these units can pay for themselves, often in less than 12 months in many parts of the world. The extra time the electricity gives a farmer away from domestic tasks can increase their productivity and profits, helping the system to pay for even more. In time, users may want to purchase or lease additional units to begin expanding their business, or even selling generated electricity to close neighbors.

As well as the conveniences of electricity and the growth potential that comes with it, a system like this can bring banking to remote areas. Having blockchain technology as a part of the Bitlumen token system (BLS) creates a record of the user and their revenue stream. This can be used to create a credit score that gives a Bitlumen client access to micro-loans and more conventional leases for other amenities. Bitlumen’s tokens will also be traded on cryptocurrency exchanges and the demand for tokens from users will keep the price of BLS stable, and desirable. The Bitlumen users will also be able to trade these and view cryptocurrency prices in real time at their Bitlumen agent’s office or on a small computer or smartphone powered by Bitlumen generated electricity.

New technology brings with it amazing opportunities, and it is refreshing to see a company take such an innovative and impressive approach to helping the poorest people in the world, while also being able to profit. Bitlumens have combined some of the world’s cutting-edge technology and theory to make a company that generates both clean energy and clean money. 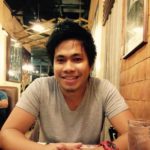 Joniel Author
Joniel is a writer and blogger for Supremacy SEO.