The age today is the age of mobile applications. Everyday several new applications are being introduced which contributes a lot in making the life of the user better. There is not a single sector untouched with these mobile apps. These applications have revolutionized the way of thinking, the way of communication and the way of living as well. People can easily access to the products and services they want without stepping out of their home with the help of these apps. All its going to take is a few clicks and the product will be at your doorstep.

The storm of the on-demand apps has brought an evolution in the service sectors, and these apps provide the people quite fast and easy access to several products and services which once upon a time were quite limited and difficult to access. Talking about Kotlin which us an officially supported language with the help of which Android apps are written. Kotlin has proved itself over the time there are several reasons to choose it.

Maturity of the language and the environment

There are several other languages such as Swift but what makes Kotlin better is it has passed through several levels or stages before the release of its first version 1.0. Due to which there is very less chance of occurrence of a problem in it. One of the interesting facts about it is that it was being used in real projects even before the release of its final version.

Provides easier development of the Android

Kotlin is quite simple and is mixed with the power so it generates a lot of new possibilities for the user. It is also now being considered as an alternative to Java for the development of the several apps in case of Android. There are also other options that can be taken as alternatives such as Scala but it is quite heavy and thus is not preferred.

Smooth working with the android studio

Kotlin is doing great from the beginning and has maintained its performance very well over the time which is quite impressive. A Kotlin project setup is ready to work in less than 10 minutes and that too without causing any problem even if it’s a new user.

Kotlin is introduced by the company Jetbrains and it is being utilized by the company in their own projects. So, the company is always looking forward to developing it more. Alongside Google support now these two huge companies have come up together and are working to bring up the best language tool to the users.

Nullpointer exception is a major problem in Java which requires extra amount of work in terms of time and money but when it comes to Kotlin it provides more stability to the user as more amount of work can be done in less time and also the bugs can be fixed much faster.

The need to recycle for an Android Developer

With the help of working alongside Java side it will definitely improve the craft and one will be able to become an obsolete programmer. With the use of Kotlin even the mind starts thinking in a different way and the codes reflects that knowledge of a user. Thus, the user becomes more versatile with its use and is able to understand other languages too.

Used by well-known companies in production

There are several major companies such as Pinterest which are already using it and that can be seen in the new features of the company’s android app. Another major company using it is Basecamp they use Kotlin in writing 100% of the code of their Android app.

Companies are not only using Kotlin but are showing a lot of interest in it as they are investing in training their staff in Kotlin which definitely proves its increasing demand and popularity also there are companies who are asking for it in their job offers.

Kotlin is not only limited to writing android apps it was initially created with keeping JVM in mind so that it can then be used in any of the device that is able to run JVM. Now Kotlin is even further developed and front-end development is also possible in it now. Also, Gradle files can now be written in Kotlin.

Although the majority of the companies do not use Kotlin yet but still there are companies using it and when they expand the need of Kotlin experts will definitely arise. Currently these experts earn a lot but soon Kotlin will not be a niche after the announcement of Google but still there is time for that to happen.

Quite easy to learn

Without even having an experience of writing a single line in Kotlin a Java developer can understand most of the codes. And the transitioning has been made very simple for the understanding of the users.

It’s not boring to use Kotlin as Java as there is not limitation as that of Java in case of Kotlin and also there are no errors in it. Kotlin also allows the user to be creative.

Thus, all these features and arguments make it more favorable for mobile app development companies and users to use Kotlin for Android. 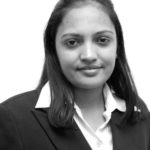