There are no borders in the eCommerce world. At least, there are no technological borders. Shoppers in Shanghai, China can browse your US store as easily as shoppers in Chesapeake, VA., but will they buy anything? Language, culture, and market differences can scupper eCommerce expansion into new countries, but for retailers who overcome the challenges, the rewards are worth the effort.

In 2017, 8.3% of US retail sales were made in an eCommerce store. The US is a leader in eCommerce adoption, but other nations have even stronger eCommerce markets. South Koreans spent 11.3% of their shopping budgets with eCommerce retailers. That figure is 15.5% in China, and almost 17% in the UK.

There is much room for international growth for eCommerce retailers who can adapt.

Many international shoppers understand English, but many isn’t all and those who do speak English often prefer to shop in their local language. You cannot assume familiarity with English, so you will have to localize your store’s copy and marketing collateral for the target market.

Mobile is not optional

There are about 226 million smartphone users in the US: that’s almost 70% of the population. Canada, South Korea, Taiwan, Switzerland, and Sweden have even higher levels of smartphone use. Most of Western Europe has similar penetration to the US. Many populations around the world use mobile devices almost exclusively because the local wireless infrastructure is better than the wired networks.

If you’re going global, you need to be mobile too. With modern eCommerce applications, that’s not as challenging as it once was. Both Magento and WooCommerce benefit from responsive themes that work just as well on phones as desktops.

Magento is working with Google to bring Progressive Web Apps – web applications with native-app functionality – to its platform. Both WooCommerce and WordPress have excellent APIs that can be used to build PWA front-ends. In 2018, eCommerce stores have no excuse for being unfriendly to mobile users.

You are unlikely to be able to transfer sales and marketing strategies wholesale into new markets. Failure to properly research the market has caused the failure of many international expansions.

Online retail intersects with legal and regulatory environments along many dimensions, from taxation and privacy to consumer rights and acceptable business practices. Before launching into a new market, get local legal advice to ensure your don’t step on any toes.

A topical example is the General Data Protection Regulation (GDPR). If you intend to sell goods and service to people in the European Union, you need to understand what the GDPR entails and conform to its privacy rules. Failure to do so could lead to massive fines.

The international market is a huge opportunity for growing eCommerce businesses. Expanding overseas can be complex, but with preparation your store can make the leap from local success to international brand. 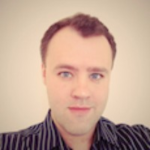 Caldwell Graeme Author
Graeme is a writer and content marketer at Nexcess, a global provider of hosting services, who has a knack for making tech-heavy topics interesting and engaging to all readers. His articles have been featured on top publications across the net, from TechCrunch to TemplateMonster. For more content, visit the Nexcess blog and give them a follow at @nexcess.