During the history of gaming, game engines have evolved alongside the overall market. The rise of indie games was accompanied by easily accessible engines that anyone with a computer and a dream could use. Of course, in order to navigate these engines expertly, indie custom iOS app development company and mobile game app developers usually have to understand complex interfaces, programming languages and scripting protocols.

Eventually, engines with simpler and smarter interfaces started to appear that allowed anyone to start messing around and make their own games and mods with easy to use drag and drop features. And as any artist can tell you, the best way to get started in creative pursuit is to mess around.

Likewise, easy to use game engines that can be loaded up and understood by pretty much anyone is an essential tool for inspiring the next generation of great game developers. That is where the Godot Engine comes in.

Looking at the overwhelmingly positive reviews on Steam shows that many praise Godot for its ease of use. Many developers that have made the switch over to Godot love the simple, intuitive interface that lets you jump right in.

Originally designed for private companies in Latin America, the authors Juan Linietski and Ariel Manzur later decided to release Godot as open-source software, allowing for a community of developers to form around it.

This enables improvement of the engine at a much faster rate than they themselves could ever dream of. They then chose to release it under the MIT license. The pair then positioned their engine for financial support by procuring funding solely through Patreon donations.

This made the engine perfectly accessible for cost-constrained indie developers, with licensing fees and rights limitations absent when using Godot engine. In addition to this, there are no premium versions to pay for one can just download Godot and go.

Not only you can build whatever you want with Godot, anyone in the world can actually make changes to the Godot source code. This allows clever users the world over to literally create anything they can imagine in the engine.

There is no question that as more users adopt Godot, we can see it expand even more than it already has. Much like how Linux, an operating system with similar features disrupted the computer industry, Godot may just make massive waves in the gaming world.

How does Godot look and feel?

When you first download the executable, you will find that the program itself is incredibly small, at just over 22 megabytes. Upon opening it the user is immediately right in the middle of an amazingly intuitive interface filled with template game project that you can jump right into and start editing for yourself.

There is neither registration nor any kind of account log-ins and the engine instantly opens itself up to you. In much the same spirit as Godot itself, the vast majority of the projects the user is presented with also fall under the MIT license. This means that anyone can edit them to their heart’s content.

Diving deeper on the expensive library of the template game projects, the options range from casual puzzle games for mobile devices to 2d and 3d shooters programmed for hardcore PC gamers. Another strength this tool has is that its projects can deploy on Windows, Mac, Linux, iOS and Android operating systems.

All that is missing right now is the ability to port to major systems like the Switch, PS4 and Xbox One but considering that Godot can already deploy on Playstation3 and PS Vita systems, it would not be long until an individual comes along that makes the right sorts of alterations themselves and open doors for deployment on major gaming consoles.

What languages work in Godot?

In terms of adaptability, this tool has been designed to make it easy for most developers to migrate to. The game can be made using C++ or C#, but one of the most highly praised aspects of the engine has to be its original language, GDScript.

This language is based on Python, which many consider being the easiest programming language to learn. For users who are already proficient in Python, GDScript is a breeze to adapt to. One of the major differences between the two languages is GDScript’s strict typing of variables, which is better suited for the scene-based build of Gadot.

According to users that have shifted over from Unity, things that could take days to complete in Unity can often be finished in one day using Godot. The engines built-in script editor probably has a lot to do with this, with its helpful features like code completion, auto-indentation and syntax highlighting.

While incrementally these tools might only save a few minutes or seconds at a time but when scripting a large section of a game those minutes really add up and end up saving a ton of time.

What kinds of games can be built using Godot?

This tool’s versatility is another of its strongest selling points. I mentioned before that you can find all kinds of games in its ever-expanding library but let’s really take a look at what you can do with this tool.

The largest chunk of the mobile gaming market is dominated by 2d games. Nearly half of all people in the world have a smartphone and the number continues to grow. With 2.5billion individual users estimated the 2d mobile game market is likely to keep up its exponential growth. For you aspiring developers out there Godot is the place to start building beautiful and engaging 2d games without incurring the crazy cost that comes with its competitors.

Godot has two separate graphics engines built right into it, one for 3d graphics and the one for 2d, although you can also sue some of the features of the 3d engine, such as its shaders, for 2d rendering. The 2d engine includes features such as lights and shadows, shaders, polygons, parallax scrolling, particles, tilesets and more. In my opinion that is more than enough to make the next mobile sensation. 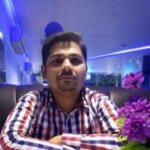 sami Author
Sami is a Digital Marketing Strategist at CMOLDS, a games App developers in US. Having worked on multiple online brands throughout his career with an expertise in content marketing, email marketing, lead generation, and conversion rate optimization.