There are many ways virtual reality (VR) is redefining the way we live, interact, and do business. Gaming and entertainment might be the first industries that come to mind for those who have considered how VR is expanding into the mainstream, but the technology is gaining prowess through a number of other uses. For example, it is used in training for employees, from police officers to the military. It has been used in healthcare for training as well, but also in patient care, particularly for diagnosing brain injury. With VR’s entrance into the medical arena, one place it is truly making a difference is in the care of seniors.

What VR can do for seniors physically

The medical industry is using VR in many surprising ways and while it is mainly the interface between VR and the human brain that is allowing the technology to be of assistance to elderly people, there are physical aspects to VR that allow it to be of use to seniors as well.

One of the largest issues seniors face is injury from falls. It has been said to be the underlying cause of the most injury-related deaths in seniors. Around 10,000 seniors die from complications related to falling injury each year and nearly half of people over 65 years old will experience some injury from a falling incident. VR training has been created to help seniors with balance with the goal of lowering fall risk.

Virtual reality has also been an effective tool in therapy. Those who have gone through physical therapy know that the tedium of the exercises is more than just annoying, it can make it so you are tempted not to follow the prescribed regimen of movements. VR has created games that make therapy more exciting, giving people greater incentive to keep up with their exercises.

In addition, VR is being used to test for the physical symptoms that surround dementia and Alzheimer’s. By putting users through a series of tasks, scientists can assess and detect dementia symptoms early and allow for those that are at high risk to try to strategize ways to prepare for an eventual diagnosis.

For seniors who suffer from chronic or severe pain issues, VR has been used as a kind of analgesic. The technology creates an immersive digital world that can dampen external stimuli, including those that cause pain. Patients can be put into a relaxing atmosphere such as a simulation of a beach or mountain view. In trials, after being in a calming virtual world, patients reported a large drop in their pain scores when compared to patients that were given relaxation strategies outside of VR immersion. Other patients are given tasks that keep them from focusing on pain, like following directions or playing games. This has also been shown as effective for lowering pain levels.

Many patients may be able to use VR for pain management rather than turning to potentially harmful drugs. Because these drugs are comparatively much more expensive than VR therapy, it is a much better option financially as well.

The issue of memory loss, particularly for those who suffer from dementia and Alzheimer’s disease as they age, is an acute one for seniors. In many cases VR technology has worked better than related therapies to recover memory.  Studies have found that in some cases, interacting with an enhanced 360-degree video environment can stimulate memory more effectively than visiting an environment in the real world. The reason for this is yet to be fully explored, but it is likely that once this is clear, VR will be able to be used in an even more targeted way to connect with regaining memory.

Those that suffer from memory loss due to Alzheimer’s or dementia can easily become agitated and frustrated with their lack of understanding of their environment. Creating familiar virtual environments can greatly alleviate this condition. One program called Rendever, has been created specifically to put together landscapes that will be familiar to seniors. Rendever uses 360-degree views of patient’s previous homes or surroundings to soothe patients with memory loss. Another company, MyndVR uses VR to create interactive and engaging simulations to combat isolation for seniors. In one program, they evoked a ballroom with actors dressed in 50s clothes enjoying big band era tunes to give seniors a real glimpse into the past.

VR for Quality of Life

Seniors often suffer from feelings of loneliness and isolation. When it becomes difficult to travel physically they can find themselves cut off from the outside world. VR has been used to connect seniors to their families, even live events like reunions and weddings, to give them the feeling that they are actually there. Many once very active seniors feel frustrated that they are no longer able to do some things that they enjoyed previously like go to a concert or to a museum. VR recordings of concerts have been created that puts the participant in the perfect seat so that it is nearly indistinguishable from being at the event and VR museums tours are also becoming more prevalent. All this is to allow seniors (or anyone) with mobility issues the freedom to visit places virtually that they no longer may be able to physically. VR can recreate a trip to a far-flung destination like Paris or to an old familiar neighborhood.

Ultimately, while not everything is fully understood surrounding VR tech and its medical benefits, there has been enough study to show that it can be an excellent resource for assisting elderly people with many issues. From helping with memory, to connection, to relaxation, it is a technology that will clearly make further strides in what it can accomplish related to eldercare. 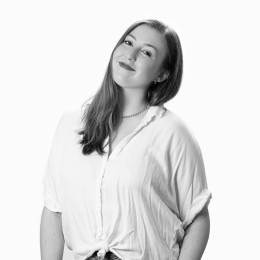 Marielle Lea Author
A Content Creator | Content Marketer at SiegeMedia, A team of clever creatives, sharp marketers and savvy SEOs working together to create amazing content and make sure the world sees it.