History runs deeps within the congested streets of Turkey, well-preserved ruins and art forms are a must watch scenery for anyone visiting Turkey. Since its home to breathtaking landscapes and powder sand beaches filled with an exotic canvas of turquoise seascapes, yet no one knows that Internet censorship is commonplace in Turkey. Yes, it’s true, the Turkish government has been strict with censorship from the past few years in an attempt to control the public viewing and to avoid disobedience to the cultural aspect.

How Serious Is The Ban?

It’s said; July 15th, 2016 the reports of a military battalion started rising in Turkey, and the citizens started facing a blockade and ban on social media websites like Twitter, Facebook, and the renowned video-sharing platform, YouTube.

According to an authentic website Engelliweb.com, over 114,000 websites and internet networks have been blocked so far, and previously Dropbox and Microsoft OneDrive have been forced to jump on the bandwagon of banned websites. Which is why people are looking for alternates to access the web. Work is being effected, and many aren’t able to contact families.

Among the many websites, some well-known websites banned are:

How To Bypass The Ban?

The Turkish government derived a decision to block all methods which could bypass internet restrictions including all anonymous forms of internet surfing including the Turkey VPNs and Tor Network. While in some countries using a VPN is illegal which makes the life of internet users upper-miserable. Either way, VPN is becoming a savior to counter the ban, making the government take strict action against it as well.

Virtual Private Network (VPN) makes all your traffic encrypted. How? A VPN changes your current IP address of that to the desired country making you virtually disappear from the Country you are using it from; let’s say Turkey in this case, and virtually appear in another country. In short, you can browse the web anonymously.

What’s thrilling is you will have the luxury to access locally banned websites like Sky News, CNN or BBC iPlayer and get aware of what the countries situation is in comparison to the outside world, only through a VPN. In under all circumstances, the authorities won’t be able to see your online activities.

The best VPN for this risky task would be the ones that don’t keep logs of your browsing activities and provides 24/7 customer support at your disposal.

Would A VPN Really Be Effective?

Let’s face it, nothing truly offers 100% protection, but in case of a VPN, it can safeguard you to a great extent. Installing a VPN seems to be a tricky task since it does a dandy task of bypassing restricted content, but its not that hard. But, once you do install a VPN, you will be able to access banned websites like Facebook, Twitter, Youtube and many more in Turkey.

If you are a Turkish citizen, then I’m sure you can relate to the actual situation regarding the censorship of the internet, and you must be facing severe troubles to access content online. Opt for Turkey VPN services like ExpressVPN, NordVPN or IPVanish, and we guarantee you won’t be disappointed, rather thrilled to see your favorite social media websites available at the click of a button. 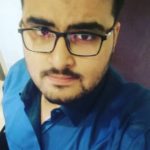 Zubair Hussain Khan Author
Zubair Khan – a foodie by choice and tech enthusiast by profession. He loves to get his hands into modern technology trends and share the knowledge with everyone. He is currently working fulltime for ReviewsDir as a Digital Marketing Executive. Aside of the work life, Zubair loves to travel new places and explore nature, food is still his first love though!