How frequently mobile applications are used is no more a secret. Without even mentioning any stats for our daily screen times on apps, we are sure you already know the numbers are mind-boggling. The natural consequence of this fact is the saturation in the mobile app development area, resulting in a high competition among developers.

This fierce competition in the mobile space is working in favor of app consumers. The criteria of a good or bad app are based on its UX (User Experience). If an app is not able to hook users with its UX, then it will fail in the ultimate purpose. The expectations of users are increasing and apps have to cater to the demands.

Easy-to-use and fast loading apps are the most important aspects when it comes to UX. If developers and designers want to create top app design services that provide a great experience for everyone who uses it, they have to come up with the best ideas that enhance UI (User Interface).

Now, designing a mobile app interface may not be that difficult anymore with several tools at our disposal but it takes smart minds to design a quality app that is functional and meets the expectations of mindful consumers.

These principles can make UI predictable and designers can get an idea about how it is going to be. A designer’s job becomes somewhat easy if they know about design principles.

There are several principles but the common ones are listed here:

The design should not overwhelm users with unwanted information. Everything that is needed should be readily available on the screen. Important information and options should be easily visible. There must be no distractions in the user experience.

The design of the app should be able to tolerate mistakes by users. Users enjoy flexible designs that provide them a chance to undo and redo what they might have done wrong without getting frustrated.

The tolerance principle believes in designing an app in a way that it can prevent errors by interpreting reasonable actions in the face of varied sequences of inputs.

User Interface should have a purpose. The models should be clear and meaningful for the users. Related things should be kept together while unrelated stuff should not be mixed up with the important stuff.

This principle is concerned with the entire User Interface structure as it makes some things appear more similar and resemble more.

The basic purpose of this principle is to allow users to be relaxed without having a constant need to think and remember where each button or icon is. Internal and external components are reused in this design.

The app should have an unambiguous language so the message is carried out in a clear and concise way to users.

Users should be informed during app use about the actions or changes that are relevant to their interests.

Common and simple tasks should not be complicated. There should be shortcuts for long processes. App design should communicate in a known language of users which is easy to understand and not too complex.

Apart from these design principles, there are many more requirements to design a mobile app interface that adheres to the simplicity principle.

Anything that requires too much effort on the part of the user should be reconsidered during the design phase and alternatives should be introduced for smooth user experience. The easier it is for users, the better the app is. For example, previously entered data on the app can be re-used instead of asking the user to type it again.

Say No to Jargons

This seems unimportant but in reality, it is vital. The language used by an app should be clear and without any ambiguity for users to understand clearly.

Designers are required to extract as much information as possible about their target consumer base before getting to work. Apps need to avoid complex words and structures.

Testing apps is never a bad idea. Apps must be tested on different mobile screens to make sure their interface appears fine on every, a screen without any technical glitch.

Every step of coding and development requires a separate test for functionalities, and their consistency and reliability. This way by the completion the app would already be through several tests, both on real mobile devices and on emulators. Testing at every step makes sure that every little problem (if any) is rectified there and then.

Tiniest of details should be considered at initial stages because they can multiply to cause bigger troubles in later stages of development. Record the experience of first users for prototypes and then work along those lines.

Many designers make a mistake of assuming that users will figure out stuff on their own. Not all users are going to be equally tech-savvy so it is better to let them know in plain and simple language.

A good design allows users to take charge when they are using an app. For instance, the back button should function properly and not take back to the home screen every time. Useless error messages should be avoided, instead, errors must be explained.

Every app design should begin with extensive research even when the designer is experienced. Understanding the industry, current market trends, and audience preferences in that space; these things can go a long way in ensuring the entire app design process is streamlined.

Beginning with proper planning and strategy is never a bad idea. On the contrary, it ensures that the new app design is going to be trendy and futuristic at the same time. App designs can become outdated too quickly. Therefore, it makes research all the more important. 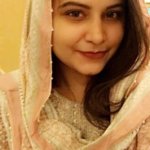 Maham Author
A tech enthusiast with a passion for writing about various tech and app related topics. a writer who loves to research everything that provokes the curiosity of knowing. Bearing the right skills and years-long expertise, she manages to create versatile content every time that impresses the readers and leaves them in awe.