Thousands of mobile apps are released to app stores each month. With users living across the globe, it is crucial for mobile apps to be multilingual to cater to an international audience. Having a multilingual app ensures that you increase your discoverability and audience appeal. Online consumers are knowledgeable and discriminating when choosing products to buy.

Why do you need to create a multi-language app?

Before anything else, it is vital for you, as the app developer to determine why you need an app and why the app should be multilingual. Creating a multilingual mobile app starts with app development then internationalization, localization, testing and release. The amount of work in creating a multi-language app will depend on the number of target languages.

After determining the reason why you want a multi-language app, you have to consider how you’re going to achieve it, what user experience you expect, and how you should promote your app.

This is the first step where you customize the code to get it ready for modification when you use localized content in different languages. This should be done carefully as it would be difficult to modify your code once it is internationalized. Be sure that you comply with local regulations and laws where your app will be released. This covers the legal issues regarding the original intended use of your app and how consumers will use it. Consider data restrictions as well because different countries have different views on data storage, data security, data sharing and more.

Code modification allows the code to load content from the various files from different target locales or languages. Content may vary depending on the language, including length, settings, format, display and support. In modifying the code, you should:

Separate code base from the content. Content should be dynamic so you can create different versions of it. Content, which includes text, images, video, audio, currency, numbers and date format should be stored in a central repository so the localization team can have easy access. Only content that will appear to the users of the app are localized.

This is the part where you get the app ready for your target locales. Localization customizes your app so that it will work in other languages other than your default language. It is vital that you work with professional translators who are experts in mobile app localization because a language can have different variations as well as dialects. For example, there are differences in the English spoken in the U.S., Canada, UK, Australia and New Zealand.

It is good to have localization experts involved in the development stage of the app, as you will benefit from their experience and their insights. A lot of research is also needed before development and localization. You have to identify your locales, your competition and market features. Each country may have different phone manufacturers, customized operating systems, screen sizes, limited operating systems and a lot more. You have to determine your budget as each language will have incremental costs.

Moreover, you have to understand that there is a difference between languages and locales. A locale combines the preferences of the target market as well as the language. In some locales, the differences in the language are minor, so it is better to expand your target into countries that speak distinct languages instead of creating versions of the app for each locale using one language.

Consider where you are going to expand your market. If your mobile app’s default language is English, it is better to expand to countries with similar characteristics like the several countries in Europe. It is going to be more efficient compared to targeting markets further afield, such as users in Asia.

Identify the languages for your app. As of December 31, 2017, the top 10 languages used on the Internet are English, Chinese, Spanish, Arabic, Portuguese, Indonesian/Malaysian, French, Japanese, Russian and German. You do not have to use all these top languages. It is more economical and efficient to carefully identify the markets where you want to make your app available and which markets your mobile app fits the best.

Do not forget to localize the app store page, which includes text, keywords, videos, screenshots, app previews and in-app purchases.

Using a translation management system will streamline the coordination between you or the developer and the app localization services team. It ensures that all the content that needs localization are processed, ensuring that your app will be well translated.

After localization, you should perform smoke testing, an internal testing process where someone familiar with the app can test its functionalities in different languages. The tester does not need to speak any of the languages but should know where the buttons/icons are and the expected actions when the tester uses them.

Once the app passes the smoke test, you can go to beta testing. This means you have to find beta testers who are native speakers of the different languages you used in the app. Installing an in-app feedback tool will help you interact and communicate better with your users.

If the beta testing is successful, your multi-language mobile app is ready for release. Publish the app in your app store page, selecting all the applicable languages. Next step – marketing your multilingual app.

Creating a multi-language app involves several intricate processes. Your first step is to have an apparent vision for your mobile app. Whether you want to have an app in several languages is an aspect that should be in the plan even before you start developing the app. This will help you choose the right app builder, the localization team and your marketing strategy for your mobile product. 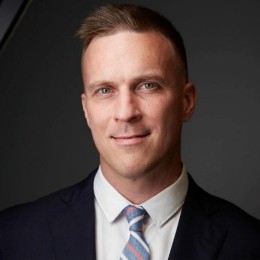 Sean Hopwood Author
Sean Patrick Hopwood is the President and CEO of Day Translations, Inc., Day BPO, and DayInterpreting believes that productivity tools, such as mobile app, are essential and should be available in different languages. As a multilingual person himself, he fully appreciates the efforts of mobile app developers who create productivity tools. Aside from capably running his translation company, Sean indulges in soccer and Latin American dances.