The automobile industry is one of the most rapidly changing industries in the world. There are constantly new innovations being applied, new ways of production, and new ways of interacting with other drivers. A long time has passed since the 20th century so we will take a look at some of the most notable ways the automobile industry has been changed by contemporary technology.

Everything is Getting Automated

There is a multitude of ways that the automobile industry is getting automated. You will find that every modern car has some automated feature. Whether it be an Autonomous Emergency Brake (AEB) system, self-driving car, traffic interpreting software that analyzes the driving patterns of other drivers in order to create the optimal route. Not to mention the fact that your car can now sense other vehicles when they are nearby.

With the prospering of the IT industry, it is to be expected that there will be computerized modifications in vehicles. This has led to a sharp increase in the interactivity between the driver and the vehicle. Some of these interactions include adjusting the vehicle temperature, cruise control, GPS control, running onboard diagnostics, and much more.

Traffic is no longer about the interactions between you and Mike, but about the Toyota and the BMW. There are a lot of levels of assistance that you can get during traffic. From tips for learners to full auto-piloting, just let that sink in. You don’t even have to be the one driving the car anymore, it drives itself for you. Personally, I still prefer to be the one driving the car but I can see how this feature can come in handy in a myriad of situations. There are cameras in the rear and back of your car allowing you to have full awareness of your surrounding so that nothing can surprise you on the road.

Currently, there is an issue with a low supply of cars resulting in their demand skyrocketing. Outsourcing parts and mass production of cars is currently problematic due to the pandemic, leading to cars being more expensive for everyone. Not to mention the cost of fuel steadily climbing as well. Cars have a big factor in global pollution and this was an established state of reality 20 years ago.

However, today we are moving towards a more eco-friendly vehicle future. With innovations being applied constantly, electric cars are looking to be the top contender for dealing with rapid pollution and rising fuel prices. This is evident in the fact that more and more electric charging platforms are being built across the globe. We are collectively trying to take more responsibility for burning fossil fuels, so we are trying to change the norms in order to preserve the nature around us. Going with eco-friendly vehicles can lower the number of emissions you release into the atmosphere, thus contributing to the collective effort.

Augmented reality was unimaginable some time ago, let alone it being integrated into our everyday lives. Today, when driving you have the ability to see in front of you all the vital information you need. The system shows you the speed, weather, gas mileage, etc. It can be particularly helpful during the rainy season. Of course, it is a bit expensive but it’s a real lifesaver. And speaking of lifesavers…

Driving has Never Been Safer

With the improvement in technology, deaths as a result of crashes have been dramatically reduced in comparison to 1970, every few years the death rate of crashes keeps reducing. This is due to a variety of factors, higher quality airbags, driver assistance, collision sensors, tire pressure sensors, GPS head up display, rearview cameras, blind spot cameras, and better telematics. Not to mention that the introduction of the anti-lock braking system allows the driver to have much more control of the vehicle while driving.

Since mobile phones have become a part of everyday life, integrating them with our vehicles is the next logical step for improving the automobile industry. Today, a wide variety of vehicles offer mobile integration and even a WiFi connection. These vehicles can also use wireless driving controls and have tablet integration. You can start applications on your phone and have them be displayed on the in-car screen. This makes it much safer to use your phone while driving because you won’t have to physically hold the phone, instead every interaction with it is on the screen.

There being more and more cars available has led to countless jobs being open, innovations taking place, vehicles becoming more efficient, but it has even led to some problems with the environment. But those problems are being addressed daily as we head into a cleaner and safer future. Till next time! 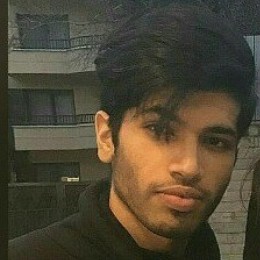 Harrison Buckley Author
Harrison Buckley is a business consultant. He has a deep passion for technology and on days when he is not busy at the office, he writes to share his knowledge with the world.