An MVP provides quick market entry and real user experience that allows you to asses the market potential for your app idea. In fact, CB Insights reported that 42% companies fail because there was no market need.

An MVP is a way for companies to learn about their target market before building a mature, fully functional app. It’s the bare bones of your product, with one goal in mind: to test your assumptions and learn from your findings. The companies that experience the most success are the ones that understand that learning is a never-ending process.

A great mobile app MVP contains the minimum features that address a core problem you are solving for a targeted set of users. If you’re focusing on a generic group, you won’t be able to accurately determine their needs as the group is too large, and wants, needs, desires are broad. Once you serve the needs of your core set of users, you can then begin to target other audiences.

Many massively successful apps that are prevalent in today began with an understanding that they needed to validate their assumptions. They continually revisited their core value proposition, and in doing so, were able to focus on solving a problem for the set of users that mattered most. Here’s how Facebook, Instagram and Uber became the massive successes they are today, all beginning with a minimum viable product.

The following three mobile apps are some of the world’s most recognized brands, however, they are far different from what they started out as.

Uber’s very first version of their app, UberCab, was to simply connect customers with drivers and accept payments. Their minimum viable product was widely accepted as they accurately determined a relevant and pervasive pain, which was hailing cabs. They took that basic concept, which allowed them to quickly enter the market, receive real user feedback, and grow to the brand they are today.

The popular cab app targeted a San Francisco audience, allowing mobile users to communicate with taxi drivers and to pay them for their ride. It was only after they received the right feedback that Uber added other features and services.

Next, they entered the market in New York City and grew to Seattle, Boston, and other large cities. Uber slowly built out new features based on validations that were made in those target markets and in 2012, uberX was born which allows anyone to drive for Uber using their own car only after they had a background check and met the requirements. This is where they deviated from their MVP. As they learned more about their target market, they were able to determine which features were the most valuable to the user.

With Ubers MVP you notice that there was one specific problem they were addressing at the beginning which was getting an affordable taxi, quickly. UberCab was the minimum viable product that had a simple design with one main functionality.

Now, Uber offers a wide variety of features such as live-tracking of drivers, fare splitting, automatic credit card payments, fare estimates, etc. that were introduced once the original value proposition was validated in the market.

The first version of Instagram allowed photo sharing with a limited number of filters. They entered a market that was saturated with other photo editing tools much better than Instagram as photo sharing was already common. The company provided a Unique Value Proposition (UVP) was a combination of both photo sharing and editing.

Over the course of 7 years, Instagram has enabled video content support, added new filters and introduced direct messaging, added Boomerang videos and Stories, and much more. As Instagram iteratively improved their product, their MVP turned into a full-fledged social media platform.

Facebook is undoubtedly one of the most, if not the most popular apps out there. Everyone of all age groups knows what Facebook is. But do they know how it started?

Facebook’s humble beginnings began when Zuckerberg created a directory for students at Harvard University, only allowing students that went to that school to access it. It then expanded to other universities such as Yale, Stanford, and Columbia.

If you think back to the very first time you used Facebook, you’ll realize how different it looks today. The app that was once built for Harvard students is a completely new product with newer technology and features.

The app was also released to a small group of users to test and collect feedback. Slowly, Facebook validated assumption and added value from their learnings, making strategic business moves to become the giant they are today.

The first version of Facebook only contained a single profile page, friend requests, and Send Message options, but now there are news feeds, events, photo sharing, live video streaming, reactions, and much more. This is a great example, and one of the most well-known examples of minimum viable product that developed into a huge success. Now Facebook has over 1.3 billion monthly active users (MAU), 47% of which exclusively access the platform through mobile.

These three companies addressed a pain point for a core set of users, focused on what features were driving the most value for the user, and incrementally improved upon those.

Building Your MVP For a Core Set of Users

Consumers often don’t know what they want from a product until the concept is introduced to them. This is why it’s difficult to validate a product; people aren’t explicitly telling you what they need. Many companies will launch an app only to discover that users don’t need or want it, and as a result, waste a lot of time and money.

You want to learn who your customers are if they need your product, how often they’ll use it, which features and functionalities they like the most, and which ones they dislike. By focusing on a targeted user base, you’ll be able to accurately refine your findings to improve your app with iterative updates.

You want to prioritize your features, starting with the one feature that is necessary and provides the most value for your users.Companies will see a better return when they build a product that starts simply with a great user experience. You will save more money if you launch a product that isn’t perfect than you would including a bunch of features that you assume your users will want. You’ll time both time and money from the learnings you identify releasing an MVP, simply because the information you discover is valuable for the long-term and will drive not just a usable product, but a useful one.

Many people often confuse a minimum viable product with a simple product. When you build an MVP, it doesn’t mean that you should sacrifice the quality of the product. Determining features for you MVP can be difficult, but outlining a user persona will help you make user-centered decisions so you’re building a product your users actually want to use. Next, think of the way that your user will go through while using your product, or a storyboard.

Once you’ve outlined the persona and the storyboard, you need to identify what your essential functionality is. What features are Must Haves and Nice-to-Haves? Once you’ve found the minimal features, prioritize them and identify which one is the most important. Your MVP should be focused only on the features which are really necessary to test and validate the idea.

When your initial product is minimal and features following that are iterative and driven by real user feedback, you’ll be able to adjust your product roadmap and respond properly to market demands.

It’s important to remember that the point of an MVP is to not determine if a product can be built to determine technical feasibility. It’s used to identify if the product is solving a problem for a core set of users and to validate your assumptions. 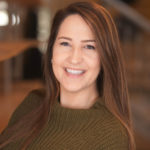 Britt Armour Author
Brittany Armour is a Digital Marketing Specialist. She writes about everything mobile and how the app landscape is creating a surge of disruption.