Android API has the ability to provide unlimited powerful access to developers over other apps running on the smartphone, from accessing user credentials to watching activities performed on other apps. Apps like LastPass, Tasker, Universal Copy and Cerberus have used API features for other purposes like overlaying content, auto-filling passwords and for other recreational activities. Moreover, Accessibility apps have the ability to intercept KeyEvents including hardware key presses that are important for remapping on Samsung devices the hardware Bixby Key. About the unattended activities of accessibility apps concerning illegal access of users from other apps, the Android developer Fenn states that it is actually disturbing how apps can read users information and invade their activities while stealing user data as well. In addition, it rightly makes sense to get a better grip on such apps and to stop them from participating in such discouraging activities.

There were no rules or restrictions placed ever on the use of API, but now Google has restricted developers from using it other than enabling users with some disabilities to use Android apps. At first, many XDA developers got to know about this new change in policies and then many developers began to receive emails from Google restricting the powerful use in the following words:

“If you aren’t already doing so, you must explain to users how your app is using the [accessibility service] to help users with disabilities use Android devices and apps. Apps that fail to meet this requirement within 30 days may be removed from Google Play. Alternatively, you can remove any requests for accessibility services within your app. You can also choose to unpublished your app…”

Many developers are opposing this new change, while some are putting forward their suggestions by saying that Google should have introduced some other policies or ways other than straight away banning the apps and restricting the developers. Though all of these suggestions and requests fall on deaf ears. As stated by Fenn, “That said, I wish they would find another way to go about resolving this that didn’t involve the removal of hundreds of good, useful apps from the Play Store,”

This move of Google shows how much the company is concerned to restore app security for users to provide them a safe and protected interface to enjoy every feature. To ban and identify apps that are still using other features of API, Google has introduced a feature with the name Play Protect. It quickly identifies those apps and bans them immediately. A period of 30 days was allotted to every developer and app-maker to change their apps setting and shift their server from Android accessibility API, those who failed to do so will receive the treatment as described in the emails.  By enforcing this policy, Google has actually placed a lid on every app, stopping them to get illegal and unauthorized permission over other apps. Now developers have to seek permission to access data of users stored on other apps over their smartphones. To enable permission, users must go to the accessibility section and manually click on the permission for each app they want to give the permit.

The havoc these accessibility apps were making became unavoidable. Though the sudden release of such a huge policy has created much buzz in the development industry, it has highlighted the dedication of Google to put an end to all such security exploitation activities. The cracking down of apps will result in restricting prominent features from many potential apps, whereas others will get kicked out from Play Stores.

As Google remained persistent with its policy, developers begin to look for ways to follow the orders. “This is really bad news. We will have no other choice than un-publishing the app from the Play Store.” stated by Universal copy’s developer (Courtesy: Reddit). 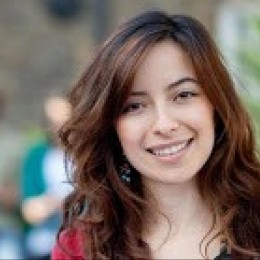 CarrieBurson Author
Carrie Burson is an expert at an android app development company. She has a profound knowledge about the trends and techniques involved in development. She keeps herself updated with every news hitting the industry and sharing that knowledge with her readers.