This is a debate that many individuals turn their nose up at because they’re already so set in their ways and what brands they like. This happens very regularly with two brands that often offer very similar products. Which is why we’ve put together a list of different features that both the Apple products of today and Android products can offer. We’re going to dissecting exactly what does into each of these brands, what kind of products they release, and how they convince the masses to buy their products.

Like we mentioned above, many people won’t give it a chance when it comes to changing their idea on whether or not the Iphone or Android is better, which is why we’re here to set the record straight.

Each brand handles customer feedback differently, they have their own way when it comes to delivering products that the people want.

Just like in our customer feedback article, we talk about how important it is to have quality feedback, “Many things we know and love from companies, probably more than half of them have been because of customer feedback and suggestions. Customer feedback is what pushes companies to change for the better. While it might be hard to let someone else influence your dream idea or career, it’s 100% necessary if you want to thrive and continue to grow to make you company bigger and better than ever.” – Design Droid

Apple seems to not put customers first, while we don’t know how they deal with customer service exactly, their brand seems to force feed new trends and choices when it comes to their products, without really taking into consideration what the people want.

For example when Apple released the Air Pods, the IPhone earplugs that cost almost eighty dollars and don’t work with ANY other device. This is concerning. While it does make the brand stand out, it also seems to throw efficiency for the customer out the window.

Samsung with their Androids have not done something like this, which just goes to show how much more they put the individual over their products, which still delivering amazing quality products that are efficient and make life that much easier.

Tim Cook has even said that the IPhone X will be, “The biggest leap forward since the original IPhone.” Which raises a ton of various questions because the newest IPhone will be using Samsung tech?

Yes, you heard us right, the interface of the new IPhone uses many of the same parts as Samsung Android phones. If the interface is practically the same, what really makes the stand apart?

It wasn’t until this past fall that Apple decided to equip one of their phones with that very same screen technology. They apparently went through with this drastic change because it would cut the cost of the device considerably. Especially since Apple has come forward in recent months with no so great news for its users.

This should make you stop in your tracks and realize that there’s more to brand slike this than you might see at first. While it might have seemed like they were trying to hide this bit of information, we believe this should speak on both of the brands and what they’re capable of.

Also will it lower the price of the IPhone X, no, no it won’t.

Android isn’t in the spotlight too often. They make a release into the market, btu when it comes to their branding they don’t have a face or the magical feel of Apple. But that’s sometimes a better thing.

Apple has recently come under fire recently, not only because their phones are extremely expensive, but also because they’ve admitted to actually slowing down the old Iphones when a new Iphone is released. No where have the made this statement before, not on any contract or anything of the like. Customers were unaware of this and it’s entirely shady as a business to do this to customers. Essentially tricking them into thinking that they need to get a new phone because no one knows why their phone is starting to randomly have problems.

Each brand has their own problems, they’ve both had their ups and downs but at the end of the day, they both work extremely hard on their branding, million dollars are poured into the marketing research, not even including the fact that triple that is spend on advertisements themselves.

They understand what their brands represent, and while we believe that Apple has put more fourth in terms of their visual marketing of a sleek and modern product. We will hope that Android is catching up quickly, because if they do they would be able to make a major impact.

What To Expect In The Future

Of course we can’t predict the future, but we can make some guesses.

This last year for Apple was big, so many new ideas were unveiled, including the IPhone X, a big change in the future of technology, but this also causes some concern because of the changes they’ve already made to their products in the last few years. They’ve geared away from minimalist efficiency, to trying to stand apart, even though they already did.

Samsung has some good news as well, with sneak peeks into what they’re working on for the next year, but you have to wonder if they will step it up with their design process which has been lacking over the last few years.

Overall, there is no clear winner, this debate will never end because of how it falls on the customer. Samsung and Apple both have very different markets that they cater to. Apple aims to sell their products to the person that wants to be involved with tech, the individuals that want to spend extra moment on something for the name of the brand. While Apple may provide additional features, this is really what the individuals are paying for.

While Apple always put design first, making it the ideal brand for designers and creative individuals in creative fields, it seems like that is not their number one focus anymore because of the lack of efficiency.

Android on the other hand, seems to put people first, with less changes, and better technical advancements, whether this makes them a better brand that falls on you to make that choice for yourself.

What do you choose, Samsung or Apple? Do you think this debate will ever end?

My name is Irina, I am a certified advertising specialist, a journalist and an experienced blogger. My blog is my love, my hobby and my life. 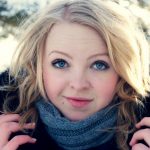 Irina Kashevskaya Author
My name is Irina, I am a certified advertising specialist, a journalist and an experienced blogger. My blog is my love, my hobby and my life. My blog- http://designingflicks.com