Digital advertising is on a rise, and so is the risk associated with it. In this article, we will majorly focus on the risks surrounding the world of mobile advertising, and one of the most troublesome threat: ‘Mobile Ad Fraud’.

Fraud is nothing but the concealment of truth, and use of illegitimate ways for one’s own benefit. Now, this illicit benefit to one can be damaging for the other. When it comes to ‘Mobile Advertisement Fraud’, it is mostly sheathed with a layer of uncertainty. Many Magento ecommerce development firms can be under the impression that they can do so much to safeguard themselves, but the truth of the matter is that most of them consider fraud and the outcomes as the cost of doing business.

Mobile advertisement is rapidly becoming important than ever. Would you believe that in the present time, mobile ads are way more effective than even internet ads! Marketers who have mastered mobile app advertisement have done brilliantly in well in the field of ecommerce marketing.

In fact, you wouldn’t believe that 80% of people use social media platforms on the smartphones clearly embodies the potential of mobile ads on social media. Mobile ads have proven to be more effective as the performance of the mobile campaigns are much higher.

Hence, mobile advertising is definitely catching the fancy of the companies who want better ROIs. But, where are the chinks in the armor? 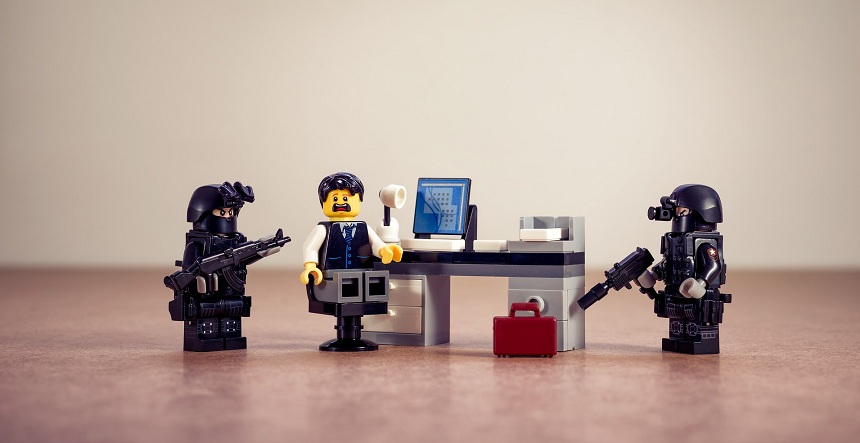 SDK spoofing is the most common type of mobile ad fraud. It is basically a bot-based fraud. A bot is nothing but just a code designed perfectly to imitate the user behavior. In order to get more inorganic clicks, the hoaxers add a code to one mobile application which then sends counterfeit ad click, and other engagement signals to the attribution provider. The signals are fake, and are sent on behalf of the other mobile application. Mostly, this type of fraud is prevent in the open source SDKs. As, it is much easy to creep into these SDKs. Fraudsters are these days using newer techniques to mimic the user behavior and get more clicks.

Because of the fake clicks, advertiser’s budget is continuously consumed maliciously, and the ROI dips massively. Many fraudsters have even started using real devices to mimic the clicks. And, without even installing a mobile application, the charges are deducted for app install. In fact, now, these SDK attacks are becoming a lot more sophisticated as the knowledge of the URL structure is increasing. Therefore, the SDK spoofing shots are stronger, and not blocked that often.

This has happened because the scammers have started gathering the real device data. They might even use a non-malicious app for such an activity. In fact, some fraudsters have even started using someone else’s app, as they have access to it. If they get the access of a mobile app, which is being used by a large group of people, that’s it! It becomes easier for them to do SDK spoofing.

A junk or a fake install happens when installation is not done by a real user. Junk Install fraud is wide, and things like emulator, install farms, device ID reset etc. also fall under this category of mobile ad fraud. These type of fake installs are done using fake user IDs.

Yes, there are real places, where people are hired just to install the mobile applications. These are the places from where all the fake installs and clicks are generated. Also, some people in the install farms are trained to engage with the all as well. And, this damages engagement centered marketing campaigns. Some of the high-end install farms also use VPNs play safe, as then they won’t be caught based on the IP or similar physical location.

Incentivized installs are sometimes a strategy of the marketer. As, such installs are done through a promotion. In simple words, when you are offered money to install an app, that is called ‘Incentivized Installs’. However, most of these installs are of no use to the company. Simply, because there is no guarantee of quality and retention. Though, sometimes, it might not be considered as a fraud, but still, it is a fair practice to follow.

However, there is something called ‘Reward traffic’ which is different from this ‘Incentivized Installs’. Reward traffic is gained when people engage with the app, thus, it is more reliable. Therefore, it should never be mixed with ‘Incentivized traffic’.

Device ID Reset can be regarded as one of the latest ad fraud techniques. Device ID Reset, as the name suggests, is the process of resetting the mobile’s ID to install again and again and generate new clicks. Each smartphone has a unique Device ID, and the mobile ad scammers are resetting that, between every install to generate fake clicks.

Click spamming, as the tem signifies, is the act of spamming clicks, when the real user has not clicked. This is a fraud both to the company and the user, as the users are also not aware that they are clicking at an ad. They don’t know about their involvement with the app or ad. Sometimes, a user might have installed one app, that he or she is not using it. But, the spammers might do a click on their behalf, and the real user is not even aware of any such click on any ad.

Click injection is kind of similar to click spamming. Click injection happens when a real user attempts to install a mobile app. The scammers use this information, and they immediately trigger a click, even before the app is properly installed in the device. This is done so that the scammer gets the advantage or the reward of that app install by a real user. This type of fraud is all about getting the unlawful credit for the apps installed by other users.

Now, that we know different types of mobile advertising frauds, let’s find out what can we do to prevent our marketing campaigns from such frauds.