“Longevity in this business is about being able to reinvent yourself or invent the future.” So says the global leader

And that is exactly what Microsoft has done in this happening era of programming languages. It is said that by 2020, demand for developers to be far higher than available talent pool. And with newer technologies popping up all over, what else is to be expected.

Reinventing the programming world, Microsoft has recently introduced a new language – the Bosque programming language. Considered to be apt for offering high-end productivity in the developer arena, Bosque has been promising enriched quality development and an increased reach for developer tools. It may, yet not be able to compete with stalwarts like Python or JS, but it surely has a bright future for itself and the developers both. 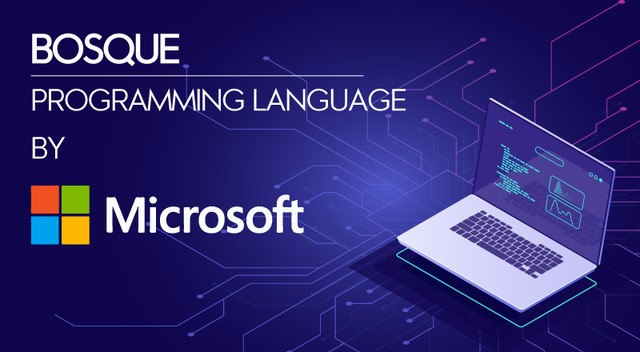 Bosque at a single glance is:

As explained by its creator – Mark Marron,

“The Bosque programming language is designed for writing code that is simple, obvious, and easy to reason about for both humans and machines. The key design features of the language provide ways to avoid accidental complexity in the development and coding process. The goal is improved developer productivity, increased software quality, and enabling a range of new compilers and developer tooling experiences.

The key objectives behind the entry of Bosque are as follows:

A key feature of Bosque is that it avoids accidental intricacy in coding and development. As a functional programming language, the code that gets executed in Bosque is simplistic and easy to understand, since there is heavy use of algebraic processes and easy techniques. Algebraic operations are accessible for data types, records, nominal types, etc. This enhances developer productivity and the quality aspect to a great extent. Both machines and humans are benefited from this approach.

Bosque offers the least effort code validation and hardly any hindrances to implementing its code. Hence, as per its creator, it comes out as an ideal choice to explore further functionalities and helps come up with automatic developer tools such as verifiers and compilers along with association with the user community.

Rising the bar of quality with a big margin, Bosque brings with it a novel way to approach the looping fundamentals. Microsoft brings in Functors that don’t need the traditional commands for executing loops and looks at condition management in a different way.

Bosque, though a new programming language, offers multiple technical advantages like its functional programming is joined with block scopes and braces, lambda constructors combine code definition for the body with a variable copy semantics, its functions are first-class value and types, etc.

It offers fine support for multiple invariants, diagnostic assertions, and sanity conditions. You can also handle parameters by passing reference arguments through it and utilize typed strings.

It has all immutable values, with a functional way of working with immutable data. Because of this, there are hardly any complexities and hence the entire code is quite understandable. This functional programming is infused with block scopes and braces thereby allowing many assignments to variables.

Because it has an iterative processing capability, structured loops are adjusted with constructs that are iterative in nature. Writing the same loops, again and again, is gone and here comes an error-free way of writing code.

Bosque gives named arguments that can undergo data manipulation as a part of constructor mechanisms and invocations. It has also a provision to support rest and spread operators.

This innovative programming language showcases a simple and neutral way of working that does not follow any opinion-based programming. It facilitates developers to utilize a group of structural, nominal and combination types to show their intent.

Read an Interesting Paper by the Creator, Mark Marron On

“Regularized Programming with the BOSQUE Language”

A Few Hiccups That Bosque May Face

Bosque is highly inspired by JavaScript and is implemented over Microsoft’s very own TypeScript. Hence, it is more of a core language design and not a perfect language. It is still new, with revolutionary ideas (doing away with loops, etc.) and hence, has a lot many queries still cropping up. There may still be time till Bosque carves a niche for itself in the programming arena. But, there is nothing stopping it from progressing further, thanks to the tech giant supporting it!

On a Final Note

Built for fast and accurate software development, Bosque is still in an experimental stage. As we wrap up the article, we witness the success of Bosque rising further. It is new, it is smart. It is revolutionary, all set to win the hearts of developers. Supporting Microsoft application development, true to its name and nature, Bosque has full-on potential to increase its reach to developers worldwide. We hope to keep writing further about Microsoft’s Bosque and its expanding popularity. 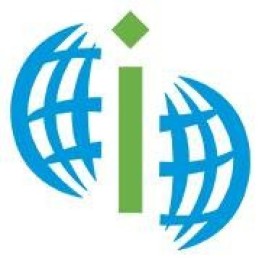