In the past couple of years, there is no doubt about the trending popularity of machine learning / artificial intelligence among all industries. Big data became the hottest trends and the jobs in data science are known as the sexiest job of the era.

So, many beginners found who want to dive into the ocean of data science, but must have a better understanding of algorithms/ Machine Learning Programming Toronto. We know the job of data scientist involves predictions and risk calculations, based on huge data. And you must be familiar with how to fetch information from various sources and analyze it for better understanding.

The Netflix and Amazon are well-known examples of that make suggestions to data scientist according to content watched by the user.

Here, we have a list of machine learning algorithm that must be known by Data Scientist:

This is used as basic machine learning algorithms which allow the user to reduce the dimension of the data and operating effectively on least amount of information. This method is used in different dimensions like object recognition, computer vision, and data compression etc.

The calculation of the principal components is reduced to calculating the eigenvectors and eigenvalues of the covariance matrix of the original data or to the singular decomposition of the data matrix.

Least Square is a mathematical method used to solve various problems which are based on minimizing the sum of squares of deviations. Some of their function from desired variables that can be used to solve the overdetermined system of equations.

Everyone’s favorite uncontrolled clustering algorithm. Given a data set in the form of vectors, we can create clusters of points based on the distances between them. This is one of the machine learning algorithms that sequentially move the centers of the clusters, and then groups the points with each cluster center. Input data is the number of clusters to be created and the number of iterations moves.

Logistic regression is limited to linear regression with non-linearity (sigmoid function or tanh is mainly used) after applying weights, therefore, the output limit is close to + / – classes (which is 1 and 0 in the case of sigmoid). Cross-entropy loss functions are optimized using the gradient descent method.

This method is more tricky and requires lots of methods, so if you want to know in depth detail about Logistic Regression method Best Machine Learning Course Toronto is the best option.

The learning algorithm is associated with analyzing data that can be used for classification and regression analysis. SVM is a linear model, such as linear/logistic regression.  The difference is that it has a margin-based loss function. You can optimize the loss function using optimization methods, for example, L-BFGS or SGD.

Basically, these are multilevel logistic regression classifiers. Many layers of scales are separated by non-linearities (sigmoid, tanh, Rectifier + softmax and cool new selu). They are also called multilayer perceptrons. FFNN can be used for classifying and “learning without a teacher” as autoencoders.

Practically all modern achievements in the field of machine learning were achieved using convolutional neural networks. They are used for image classification, object detection, or even image segmentation. Invented by Jan Lekun in the early 1990s, networks have convolutional layers that act as hierarchical object extractors. You can use them for working with text (and even for working with graphics).

RNNs model sequences by applying the same set of weights recursively to the state of the aggregator at time t and input at time t. Pure RNNs are rarely used now, but its analogs, for example, LSTM and GRU, are the most modern in most sequence modeling problems.

They are used to simulate a sequence like the RNN and can be used in combination with the RNN. They can also be used in other tasks of structured prediction, for example, in a image segmentation.

CRF models of each element of the sequence (say, a sentence), so that the neighbors affect the label of the component in the sequence, rather than all labels that are independent of each other.

The Decision tree is one of the most common machine learning algorithms. Used in statistics and data analysis for predictive models. The structure represents the “leaves” and “branches”. Attributes of the objective function depend on the “branches” of the decision tree, the values of the objective function are recorded in the “leaves”, and the remaining nodes contain the attributes by which the cases differ.

As we know, the career opportunities in data science are numerous. Big companies are ready to pay a large portion of their profits in salaried form to attain the new talents. But inclusive of non-technical skills they require technical skills and a good command over machine learning algorithms. In this regard, Data Science Course In Toronto reached new heights to build students career. 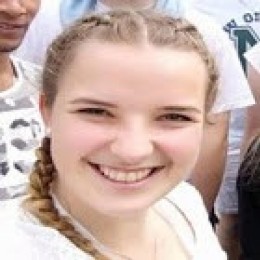 Junaith Petersen Author
Junaith Petersen works as a writer and has a Master’s Degree in data science engineering & Mathematics. She has been associated with Lantern Institute which provides Data Science Course In Toronto.