Augmented Reality and the Internet of Things are the two immersive emerging technologies in the digital and physical worlds. AR & IoT merger aim is put at the central part of the digital initiative taken by industries of various domains like healthcare sector, Software Development organizations, Finance sector, etc. Many organizations fail to do so because they include personalization only within a limited level.

Many banks have started using Augmented Reality apps to highlight their various banking solutions in a 3D environment. Many reputed banks are using augmented reality to personalize their customer’s experience. Augmented Reality Technology assists bank customers to locate the nearby ATM centers and bank branches.

The Internet of things and augmented reality have gained more attention as the key technologies for making people life easy and smarter.

Augmented Reality and the Internet of Things merger empowers the world and boosts their intelligence in solving problems and conducting various tasks. Augmented reality is convenient to approach to visualize and interact with physical objects and their associated data. Internet of Things is an infrastructure that offers an efficient way of managing the necessary and massive amounts of associated data.

IoT refers to a network for physical objects which is sinking with minimal computing elements for the sensing, collecting, sharing data, and controlling the physical objects such as electronic products. Augmented reality and IoT seemingly unrelated concepts but can complement each other with potential advantages and expected synergies of integrating them.

AR provides inbuilt methods where users can visualize and interact with IoT objects and their associated data. Augmented reality services are made possible by the Internet of things infrastructure. It also provides a natural environment of interactive digital information that is more effective humane and tangible analog objects in this world. AR and IoT are useful in data management and intuitive visualization such as a server-based approach.

Augmented reality framework experience basically extension of the Internet of things which is a control and product trial interface. The proposed products of IoT easily apply recognition and tracking for augmented reality. Apart from generic data and service content, AR clients can communicate the information, including the features, algorithm type, and physical condition.

Augmented Reality offers an entirely new perspective on the automobile industry. If we talk about testing, design, and safety that is simply providing a futuristic type of customer experience. Augmented Reality can be used in various aspects of marketing and promotion.

Rolls Royce is an automotive giant highlights that the future concept to coverage various immersive technology with the help of AR and IoT. AR & IoT helps the industry to maintain its consistent development and to redefine the business in the near future.

The advantages of combining IoT and AR

There are numerous advantages of IoT-AR merger. The following elaborates the same:

Applications of IoT and AR Merger

The combination of AR and IoT can help in dealing many problems that diverse industries are facing it.  Some of the applications of IoT and AR merger are – 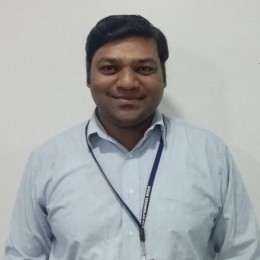