Two of the world biggest technology companies are Apple and Samsung. Competing in the race for the latest tech-related devices and the new technologies innovations the head to head battle is always on between the two giants. The comparison between the two world’s top organizations can be made on the smartphones technologies, the tablets, computers and laptops, smart wearable devices, the market value, and the net worth.

Apple became the first ever company in the world exceeding the market value of 1 trillion dollars. Apple has been one of the value companies in the world with the rise of the stock value and the market only continuous rise from the last two years. On the other hand, Samsung is on the side by side to the apple in every aspect of the technology and the value

The apple and Samsung are the largest manufacturers of smartphones in the world. With the battle of Android and the iOS keeps on hitting as the new models and smartphones are being made and introduced each year. Previously the mobile market was being ruled and governed by the Nokia and Motorola brands, but Apple introduced its first ever iPhone in 2007. With this introduction, the phone became a super hit and famous among the people having a multi-touch user interface.

For years Apple continued to dominate the market for the making of the smartphones, but the competition rises when Samsung in 2013 launched its galaxy series. Samsung was made famous for this introduction and the new Android versions and Android features. From this point of view and the practical reasons, the smartphone industry was overtaken by the multi giant Samsung.

There have been many court battles between the two giants over the exponential developments and the increase in the market share. Talking about the marketing strategies, Apple is the dominating smartphone in the USA while the Samsung Android smartphones are being ruled and used widely in the world.

Comparing the technology and the innovation between the two giants, Apple is considered to be the biggest innovator of the smartphone industry and famous for having beautiful elegant design and applications. Apple has been a major contributor in the smartphones and the technology innovations and has purchased some of the top companies that are owned by Apple. The companies that are owned by Apple are because of the easy integration for the Apple products and items.

Some of the top companies owned by Apple are:

#1 Emagic: known for music software, logicPro. Apple used the acquisition so that it could develop the digital audio workstation software.

#2 Siri: all the iPhone users must know the Siri, which is intelligence assistance for the apple iPhone. The basic need for the virtual assistant is to get the directions, perform actions and commands from the voice actions.

#3 Beats Electronics: One of the best music audio company for the making of top-notch sound products was Beats. Apple had the purchase for it for 3 billion dollars. This made apple to sell the beats under his name tag.

Talking about the Apple competitor in every aspect today, Samsung is considered to be the best and the largest manufacturer of electronic products. Comparing the work that Samsung has done since its introduction back in 1938, the Samsung group had made around 80 different businesses in this era.

The Samsung Company is always on the front end when it comes to the technology. They have created an amazing television and the latest design and technologies in it. The smartphones revolution has been reached to the limits and the smart gadgets are now being used intensively by the people.

When it comes to the ownership of the major companies of the world, Samsung leads the list having bought some of the top rated companies under his umbrella.

#1 AdGear: A leading digital advertising technology company that provides software’s and services all over. Samsung bought this to connect it with their brands and products.

#2 ProximalData: The specialized company for server-side caching software was bought by Samsung in 2014. To optimize the storage performance Samsung had to go for it.

There are many comparisons that can be made in the race for the biggest giant in the field of technology between the apple and Samsung. The Apple net worth is 900 billion dollars as of 2018 while Samsung has net revenue of 495 billion dollars. The race is on and everyone is expecting much more and new technology invention in the coming few years from the big giants. 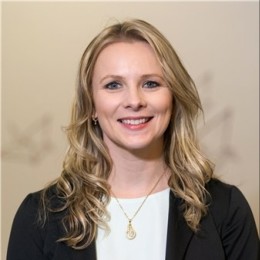 Patriciagrays Author
The article is written by Ellie Singh who is a technology blogger and Software developer. She has been offering Brilliant Assignments Help Online to the students for last six years. she loves to share her knowledge on tech and online marketing.