It appears that app retention is becoming a great challenge. Many app development companies focus on making people download and install their app and they pay little attention to retention. It turns out that many downloaded apps don’t get beyond a couple of uses before being deleted. It is like struggling hard to catch birds into a big cage that has a hole at the other side. The birds keep escaping through the other hole. There are several apps that have been downloaded and installed over a million times not having up to 100,000 current active users. This is why app retention is fast becoming a problem to every app development company.

This article actually discusses the likely causes of little or no retention. New app development companies should take note and avoid the traps. Before then, it is necessary to make it clear that no one is saying driving users towards downloading and installation of your app is a bad idea. What is not so good is focusing only on it without thinking of retention. Unfortunately, a lot of app development companies make a mistake. So, here are some of the reasons many apps get deleted soon after installation.

Arrival of a new mobile app

When a new mobile app emerges and it performs the same task with your app or it performs it better and faster, it is likely that users will start making the switch. If it performs the task just like yours but occupies less memory space, it is also enough for people to dump your mobile app. Many app development companies have learnt this the hard way.

For example, the arrival of WhatsApp messenger app marked the beginning of the end for Blackberry messenger app (BBM). The latter struggle hard to pull users back but it was too late. Blackberry eventually retired it a few months ago.
Flashare, a file transfer app, also suffered similar fate. The emergence of Xender made millions of people drop Flashare. So, when your app is still being used, keep monitoring it.

This is peculiar with game apps. Once players clear all the levels of a game, they’ll only wait for a few weeks before deleting it. This is why you should always update your mobile game app new levels. It is better if you can make the update a monthly affair. Users get tired of old features and expect to see new features all the time.

Users prefer a living app. Does it sound strange? Users want an app that is alive. This simply means that users want an app whose developers will keep communicating with the users. Every top app development company already understands this. They use it very well. They engage users either through the app or through their social media account.

Often times, the engagement is about forthcoming updates. For any new features, they seek users’ opinion. This does not only attract users, it also makes them feel like part of the development team. When you keep engaging the user of your mobile app, it is not likely that they will drop off.

Increase in size caused by updates

Another problem is the size of an app. When your mobile app is too large, it will consume a lot of storage space and when a user’s phone run out of memory, the biggest apps are the ones to be deleted first. Some apps were not too big at the point of release but several updates have made it increase in size so badly. And this led to numerous deletions.

The two platforms that dominate the mobile world are android and iOS and they keep getting upgraded regularly. Some mobile apps usually have compatibility issues with the latest upgrade. Unfortunately, OS upgrades usually come with a lot of exciting new features that make them irresistible. Once your app stops responding after an OS upgrade, it will be deleted for good.

The only way out of this is to be abreast of every OS upgrade. Test your app with every new upgrade. Ensure it is compatible with the upgrade.

According to a reliable report, half of app users delete an app after the third crash. Many do not even wait till then before deleting the app. So, it is very important for you to pay close attention to how often your app crashes. Test it very well before launching it.

Not following the latest trends

When your app does not follow the latest trend, it may be dumped. For instance, every retail app now offers mobile payment technologies like Google Pay, Android Pay, Samsung Pay, and Apple Pay. These payment technologies come with so much convenience. Any retail app that does not offer at least one of them will be deleted. You can start with just one of them and then integrate others later.

Users want bugs to be fixed as quickly as possible. Many apps whose developers could not fix their bugs lost many of their users. You can’t possibly detect all bugs during the testing period but you need to be ready to fix bugs as quickly as possible. As a matter of fact, the longer a bug remains unfixed, the more users dump the mobile app. 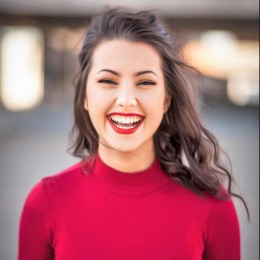 Elena Randall Author
Elena Randall is a Content Creator Who works for Top Software Companies, provides a top 10 list of top software development companies within the world. She is passionate about reading and writing.