There are numerous React component libraries to choose from. However, the selection can be overwhelming if you’re just getting started with React or if you don’t know what components you need for your project. For this reason, we’ve rounded up 8 of the best React component libraries of 2022 to help you select the best library that meets your needs and provides you with the optimal user experience based on your specific project requirements.

Meteor is a library for building modern web and mobile applications with React. It includes a full development stack and unifies your codebase with fundamental concepts like data fetching, MongoDB collections, routing, and server-side rendering. Meteor comes with built-in support for WebSockets, but its reactive nature allows it to support nearly any other protocol as well (e.g., SockJS).

React Bootstrap is an open source toolkit for building React components using Twitter’s Bootstrap framework. It provides classes for generating common UI elements, such as navigation bars and modals, but it also handles all of your Rails form helpers and inline styles. The goal is to provide a better developer experience by generating/reusing code while still allowing you full control over styling via CSS files.

In a nutshell, UIKit is one of those building blocks that developers can’t ignore in a React project. It supports all popular styles and trends out there, including Material-UI and Bootstrap. And its integrations with most other major libraries are just mind-blowing. With more than 26K stars on GitHub, it’s bound to stay at number one for years to come. It doesn’t hurt that its author is always open to new ideas and suggestions either.

Preact itself is not intended as a replacement for React, but it can be used in many cases where only basic UI functionality is needed. Preact is focused on speed, size, and supporting older browsers. Therefore it intentionally breaks some of React’s APIs (for example, by not supporting stateful components). This allows them to avoid including helpful but ultimately unnecessary abstraction layers such as Redux and Immutable.js.

Material UI is a curated set of React components that implement Google’s Material Design. It features 20 top-level components that can be reused as is or used as a starting point for your own design system. They’re simple to learn and easy to extend with custom functionality, meaning developers can put them to work on their next project quickly and efficiently.

Ant Design is an open-source, highly customizable UI library with a great deal of community support. It’s also one of our favorites because it looks great out of the box—and even better when you customize it. This library offers a range of presets (grid systems) that allow you to build something that feels high-quality without having to design it yourself. It also has built-in support for screen readers, off-canvas menus, and more.

Semantic UI is a UI component library for React library. It’s built on top of Semantic-UI, a well established open source library which provides more than 1000 high quality and consistent design components. In addition to these core components, Semantic UI has another 500+ high quality custom made UI components. This allows you to build feature rich applications without having to worry about consistency, keeping your code small and maintainable at all times.

This set of React UI components is a collection of beautiful and functional user interface elements. The library is based on Google’s Material Design framework, which ensures consistency across many platforms. With MUI, you get reusable and configurable components that come with both CSS as well as JavaScript APIs for developers to use in their applications. Its functionality includes buttons, navigation bars, dialog boxes, tabs and many other customizable features. 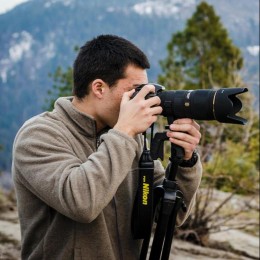