Blockchain technology was introduced more than a decade ago, but since then it has improvised a lot. It could be too soon to convey the statement of it being the future of all businesses, but the amount of investment that the  Blockchain Development Services are fetching and the growing number of applications can at least make us assume so.

The smart contract, a system of a predefined set of protocols, is immensely benefited with the blockchain technology finding its implementation in the banking and finance industry.

This article aims to educate the readers about the concept of blockchain and smart contract followed by its 7 major benefits.

Knowing about the blockchain technology

Blockchain made its debut with the cryptocurrency (Bitcoin), is a digitally shared ledger that is immutable in format. There are certain points that you need to look after to develop a better understanding of the technology-

What are smart contracts?

Smart contracts are a set of predefined protocols that once meet tends to self-execute. The aim behind incorporating smart contracts into mainstream operations is to eliminate the long list of intermediaries while automating the entire process and less vulnerable to faults and errors.

Recently, the term smart contracts have been airing a lot, especially due to its usability in banking and financial services. If you are wondering about what makes smart contracts beneficial in blockchain technology, then the section that follows will be able to clear all your doubts.

With blockchain technology coming into the scene, one of the most outspoken facts is its capability to accomplish instant settlements.

Businesses or individuals often faced the challenge of settling payments that took over a week or even months (when certain verifications involved); however, with the introduction of blockchain technology, the process has significantly become much more quick and efficient.

Another much-talked-about the reason that makes the blockchain a superhit is high-end security that it offers. When smart contracts are integrated into the blockchain technology, it uses the network efficiently with the highest standards of encryption, making it almost next to impossible from any outside vulnerability.

The integration of smart contracts in blockchain technology eliminates the need for many intermediaries that makes the entire processing much more cost-efficient than that of the manual processing.

Moreover, the removal of intermediaries also tends to make it much more streamlined, unlike the earlier complexities that are involved due to the involvement of mediators.

The manual processing is likely to be inaccurate due to human errors (sometimes, sometimes not). However, with the involvement of smart contracts that are backed up with blockchain technology, the chances of these are reduced and even nullified.

So, if accuracy is your concern, then the Smart Contracts Development Services could be the solution that you require.

The blockchain network tends to be transparent without any central system in control. The decentralized nature empowers the parties involved in smart contracts to see through the set of protocols and sign up with consent that can not be disputed later on.

The transparent nature is also one of the unique selling points that makes smart contracts much more accountable when incorporated via the blockchain technology.

As you know that implementation of smart contracts in blockchain technology automates the processing and eliminates the manual efforts, all this eventually leads to enhanced operational speed.

Smart contracts are self-executing programs that complete only when certain criteria are fulfilled. This feature reduces the chance of any fraudulent transaction. Moreover, the decentralized network further prevents any system from being in supreme control.

The seven benefits, as mentioned above, are the reasons that make the smart contracts beneficial in blockchain technology.

Blockchain Development Services have the potential to revolutionize the banking and finance industries. Apart from it, the technology is also finding its implementation in other areas such as healthcare and other services.

No doubt the smart contracts that we interact with now is just the starting of a journey that has still a lot to travel. It could be a perfect time to implement the technology in your business operations and make it future-ready.

An experienced blockchain development company is all that you require to successfully integrate it into your business functioning. 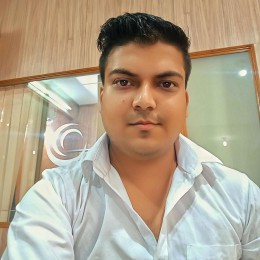