There are so many cryptocurrencies on the internet now that it is hard to keep track of them all. Bitcoin is the most popular cryptocurrency and it has the highest value. However, most people cannot afford to invest thousands of dollars just to purchase 1 bitcoin. Not only that, popular digital currencies like bitcoin are frequently targeted by hackers. You really don’t have much privacy or security anymore with these well-known cryptocurrencies. That is why investing in anonymous cryptocurrencies is a smarter thing to do these days.

If you are interested in getting started, below are the top 5 anonymous cryptocurrencies that you should check out.

Monero is the number one anonymous cryptocurrency available today. It has only been around for 4 years, but it was the first cryptocurrency to offer privacy features that other cryptocurrencies never offered before.

For one thing, Monero transactions are not recorded on a blockchain ledger like bitcoins are. Monero was designed to utilize special cryptographic methods for ensuring privacy, such as stealth addresses and ring signatures. As a result, no one can trace any of the network’s transactions.

If you want to mine Monero, you can do so with a standard computer that has an i5 CPU processor. You don’t need any sophisticated hardware to mine for Monero like you need to mine for bitcoin. This makes it easier for people on a budget to become miners and earn new coins in Monero.

PIVX is a “proof-of-stake” cryptocurrency and the first one to use the Zerocoin-based protocol. This is a privacy protocol which adds anonymity to all its PIVX coin transactions. This privacy feature is actually something new that was recently implemented. Proof-of-stake digital coins have never had this kind of privacy before. The result will be much faster transactions that are kept 100% anonymous.

The word “Komodo” might make you think of the giant lizard. However, Komodo is also the name of an anonymous cryptocurrency that few people even know about. It uses the zk-SNARK protocol, which stands for “zero-knowledge proofs.”

This means that both parties of a transaction to not directly interact with each other. This technology is derived from the design of another cryptocurrency called Zcash.

Verge has its own unique way of creating anonymity and privacy for its users. Rather than using cryptography like most anonymous cryptocurrencies, Verge uses a combination of an I2P network and Tor network to accomplish their anonymity.

Users can still access an open ledger and see their own transactions, but their IP addresses are concealed, and the instant messaging system is totally encrypted. This keeps the messages between users confidential.

NAV coin is an anonymous cryptocurrency that is still a working progress. A lot of experts believe it is a highly undervalued cryptocurrency too. They have a simple and original method of adding anonymity to their transactions. The only problem is there are some centralized problems that need to be worked out. NAV Coin does not achieve privacy by using any type of cryptography techniques.

They use very obscure methods which involve a sub-blockchain and a primary blockchain. NavTech servers are used to achieve this obscurity, but it leaves the system vulnerable to outside attacks which could compromise the privacy of the users. 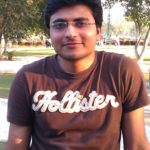