No one ever thought that manufacturing products would have been possible without the use of tools and machinery. Manufacturing has always been associated with factories, machine tools, production lines, and more since the industrial revolution. Therefore, it is astonishing to think about it without the use of machines, tools, assembly lines, and so on. Nonetheless, 3D printing makes this possible.

The technology allows one to make parts, appliances, and tools in various materials right from the comfort of one’s home or workplace. One can simply create, modify or download a digital 3D image of an object, send the image to a 3D printer, and can then see the physical 3D object take shape. Besides plastics, a variety of materials such as ceramics, wood, glass, and even human tissue are used for printing 3D objects. 3D printers are being used to build custom, improved and even impossible-to-manufacture objects.

A single printer can produce a wide range of objects. It has created a platform for innovation, bringing new scope and possibilities for manufacturers. Today, 3D printing is used in prototyping and digital manufacturing in industries such as automotive, defense, healthcare, aerospace, and much more.

The 3D printing market is still a nascent market, but a rapid growth is expected in the years to come. Traditional markets may not recognize the advantages of 3D printing but that is likely to change as the manufacturing industries feel the impact of this unique production method.

High accuracy, reduction of errors, new applications for 3D printing technology, efficient use of raw materials, ability to build customized products, technology developments, use of multiple materials for printing, and minimization of development cost and time are driving the industry growth.

A recent report published on 3D printing market the industry is expected to grow at a CAGR of 21% from 2017 to 2025. Nevertheless, higher cost of software required for 3D printing, lack of knowledge and confidence to identify the right technology, application and use for 3D printing, high production cost to individual users, limited design tools, and manufacturing complexities are a few factors that impede the growth of the industry.

Businesses all over the world are becoming increasingly aware that the 3D printing technology has numerous opportunities and the potential to unlock unprecedented economic potential. As a result, they are incorporating it into their strategic vision.

CSIRO also reports Aurora on the results of its testing of design, printing, and optimization processes. In return, Aurora supplies CSIRO with a small format printer and metal powders used in the manufacturing parts.

Sumeer Chandra, managing director of HP India believes that the digital transformation of manufacturing will be the prime enabler of the next industrial revolution. He also believes that 3D printing would contribute to democratizing manufacturing and transforming industries, including the $6 trillion Asia-Pacific and Japan manufacturing segment.

He said that sectors such as automotive, aerospace, defense, consumer goods, healthcare, construction, and fashion in India have a tremendous potential and demand for 3D printer technology. In the short-term, firms would employ HP’s 3D solutions for prototyping and in the long run, the technology would help them make parts for real-time production.

Chandra also said that as the technology becomes affordable, it will make its entry into other sectors such as arts, design, interior decoration, footwear designs, jewelry designs, animation, and gaming.

Kwambio, a New York-based startup launched its new ceramic 3D printer that prints with high precision, accuracy, and speed. The launch took place in Las Vegas where the annual CES took place. The firm developed its own 3D printer called the Ceramo One, which makes use of binder jetting 3D printing with ceramic powders to create objects layer by layer with high accuracy and precision.

The printer operates at print speeds up to 160 mm per second at an accuracy of 20 microns. Operating with special powders, the machine can print products up to 35 x 35 x 38 cm in size. This launch comes a year after Kwambio introduced its first specialized ceramics 3D printing factory in Europe. A working prototype of the Ceramo One is used every day in the factory at present. 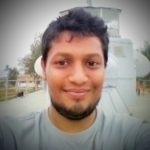 Nitesh Agrawal Author
Nitesh always had a keen interest in reading and writing. Progressive Markets has given her the chance to gain knowledge about different subjects. His love for words has brought him into writing, and He aspires us to make each of his written works a piece of art.