Blockchain technology is, in a sense, an ultimate democracy where decisions are made in an instant by a majority “vote” of thousands of users. As blockchain technology advances, its potential uses are almost limitless, including in the arena of social media. It has the power to both disrupt social media as well as turn it into a profitable enterprise for users.

Here are 3 ways in which blockchain technology can have a significant impact on social media.

National and international headlines have been dominated in the past few years with scandals involving some of the biggest names in tech like Mark Zuckerberg’s congressional testimonies involving the unauthorized gathering of user data by Cambridge Analytics to Uber users having their locations tracked even when they weren’t using the app.

Corporate giants like Facebook, Uber and Google own the lines of communication through which your personal data travels. They also essentially own all the data that travels on them and can do with it what they please. In the case of Facebook, they can delete your posts or even delete your entire account without warning. You may spend years working on building up a loyal following only to one day have it vanish without warning. Maybe for a good cause, maybe not.

Blockchain technology does not use servers. It harnesses the power of computers to create the same “information superhighway” that individual entities like Facebook, Google and Twitter create. Blockchain technology essentially democratizes information, keeping it safe and secure. Social interactions on blockchain are anonymous and cannot be tracked. This ensures an individual’s privacy both from corporations and the government.

Peer-to-peer commerce is on the rise, with social networks like Facebook starting to dip their toe in the water. Any commerce which takes place between two parties inherently involves at least a third party and sometimes a fourth. That is the authority governing the currency which is exchanged in the transaction. In some cases a bank that issues a credit or debit card which is used to complete a transaction.

In the case of social media, they are the fourth party instead of the bank. That’s a lot of self-interested parties involved in a single transaction that should be taking place only between two parties, not four.

This offers greater security for individuals, but also a more secure means of exchanging transactions for businesses as well. Businesses will be able to automate a greater number of processes as well as be able to better monitor and analyze data. This will allow businesses to integrate all types of transactions with social media, monitored and administrated by the blockchain.

In most financial transactions, there is something to be gained by the middle man. When you put your money in a bank, they earn interest on that money until you spend it. In addition, they also will often charge you fees for their services on top of that. Social media and other tech companies are making a bid to be that middleman, because it implies huge earnings.

Blockchain, however, cuts out the middleman and instead makes a larger community middleman, which all share the profits. Blockchain depends on a vast network of users, who can all profit from being a part of the blockchain. Rather than the middle-men controlling information and content, users control their own information and content, which also means they profit from it, not the social media platforms that they place the content on.

One thing that social media platforms rely on is users generating content. Without content, the platforms don’t exist. You may build a following of millions, but the social media platform makes the money from the advertising they place on your page, not you. The platform isn’t creating the content that all those followers are accessing, you are, but they are raking in the profits. Through blockchain, users make the money from the content they create and the fan base that they build.

Social media giants have gained incredible power and made incredible profits on the backs of their users. Rather than showing signs of decentralizing that power, they are simply shoring it up even further by entering into the world of peer-to-peer commerce. Putting themselves in the position of making all the profits that banks do from your hard earned money. Blockchain has the power to disrupt all of that and put profits back where they belong. Firmly in the hands of the user base. 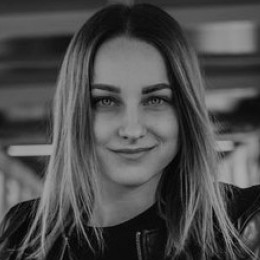 jasmine_williams Author
Jasmine Williams covers the good and the bad of today's business and marketing. When she’s not being all serious and busy, she’s usually hunched over a book or dancing in the kitchen, trying hard to maintain rhythm, and delivering some fine cooking (her family says so). You can tweet her @JazzyWilliams88